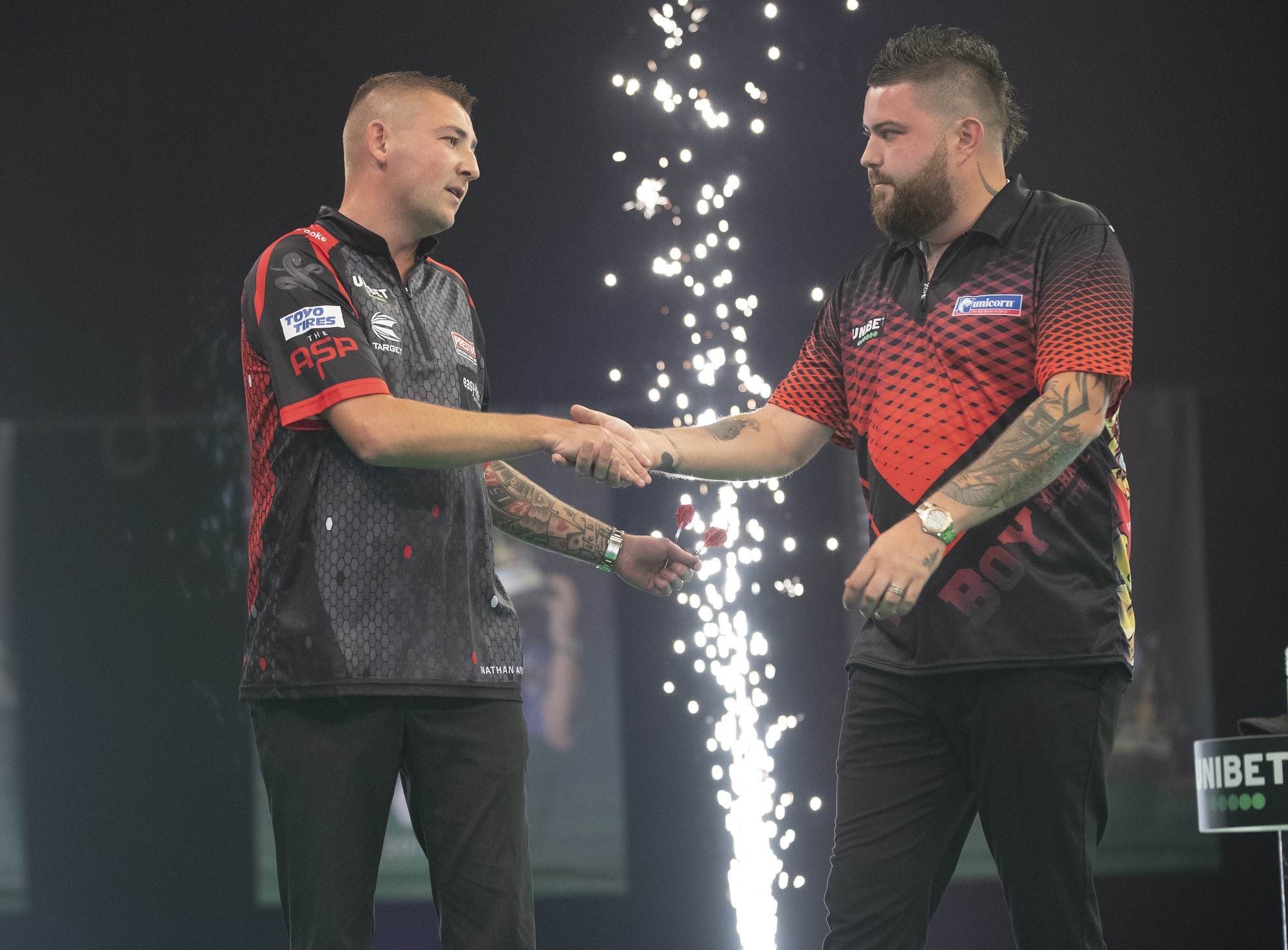 Now that Judgement Night is in the ledger, we can all catch our breath and look forward to the race for the playoffs. Following last nights matches, nine has become eight with Rob Cross being eliminated.

Looking at the league table, this is looks set to be the closed race for a top-four finish we have seen. Glen Durrant is two points clear at the top of the table, from there Peter Wright is second, but only three points separate Snakebite and Michael Smith in seventh. The way the table is shaping up, we could see multiply changes in a night.

Looking ahead to the action this evening live on Sky Sports. Tabletopper Durrant kicks of the show, against Gerwyn Price who was won 14 of his last 15 legs in the Premier League. An intriguing match to open up, a win for Durrant would send him four points clears and saying to the rest of the league catch me if you can. A Price win would send him into the top 4 for the first time and bunch the rest league closer together.

World Cup winners from team Scotland then clash, as Peter Wright and Gary Anderson go head to head in the second match of the evening. Wright unbeaten since the Premier League restart and Anderson was inflicting a second defeat in a row to MvG last night. This should be a close battle between teammates.

Then we don’t say this often, but this is a must-win game for Michael van Gerwen as he takes on Nathan Aspinall. The world number one has now lost back to back Premier League games and is down to fourth in the table. Aspinall has jumped to third following his victory over Michael Smith last night. A win for Aspinall would put real daylight between him and MvG in the table. So all on the line for both players in this one.

Last game of the evening is Daryl Gurney against Michael Smith. Gurney was made to sweat previous night following his defeat at the hands of Peter Wright. Smith looked in great form until the last leg of his match, where eight missed darts cost Bullyboy a point. A Smith win would leave Gurney adrift at the bottom of the table, but a Gurney win would see him back in touch and trying to make a late move on the playoffs.

The action gets underway at 7.00 pm (BST) live on Sky Sports. Don’t have Sky? Then no problem.