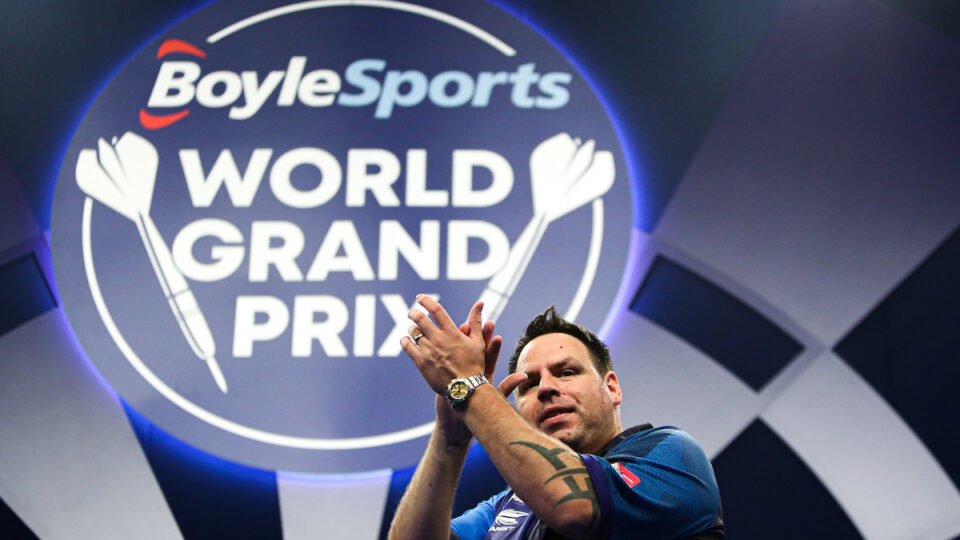 The former back-to-back World Champion hadn’t competed at the World Grand Prix in three years and discussed where his game is at and when the vintage Jackpot of old can appear.

Jackpot hadn’t competed at the World Grand Prix in three years and discussed where his game is at and when the vintage Jackpot of old can appear.

He was scheduled to compete in the World Grand Prix two years ago but had to withdraw owing to a positive COVID test, which he confessed made him hate darts.

“When I caught COVID it took me out of the Grand Prix two years ago and I seemed to fall out of love with it. Playing all the ProTours, Europeans and before you know it, you’ve caught COVID, you’ve been kicked out. You’ve got no ranking money and before you know it you go from being number 14 in the world to number 38. I hated it to be honest, I just think to myself I put that much work in and it’s demoralizing.”

“I’m at the point where I’ve been doing a few exhibitions and I was in Scotland last week and the lads were like Lewis you’re playing brilliant. I was like listen do not back me for this tournament. But I’m thinking I don’t think I missed a double start but maybe I think I can win this.”

“I’ve never played here before in this environment but I thought the crowd were fantastic. There wasn’t many of them but with bills and everything going up at home, what do you expect,” said Lewis to Online Darts.

“I need to put a lot more work in that’s where I’m at, I’m just trying to enjoy it. Just focusing purely on putting 4-5 hours a day in, at the moment I’m not doing that. Should I? Yes I should as I know them lot are. But I’m trying to enjoy it.”