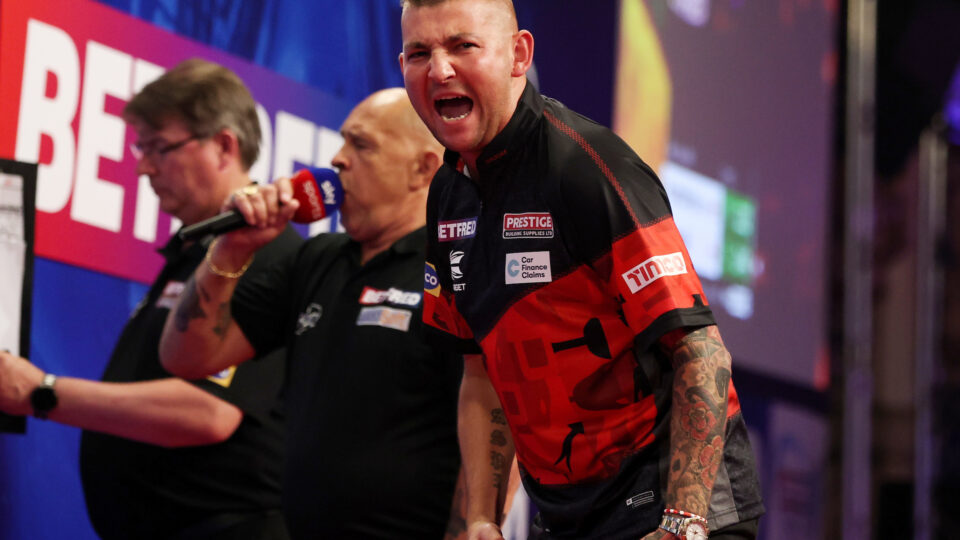 Nathan Aspinall wins second title of the season after beating a resurgent Krzysztof Ratajski in the final.

The Asp beat Ian White, Jamie Clark, and Lewy Williams in the early round before a sensational comeback v Dave Chisnall.

He only averaged 81 in the semi-finals to beat Ryan Searle, relying on his usual fighting spirit to see him over the line.

The Stockport star is having a great 2022 so far, a year that started with him pulling out of the Masters through injury.

Despite defeat in the final, it was a good run today for Krzstof Ratajski who looks to have returned to form after some worrying times. He saw off the likes of Gerwyn Price and Dimitri van den Bergh en route to his first final of the year. However, being 7-1 down in the final left him too much to do.

Two players will be getting a silver pin badge at the end of the year because of nine-darters hit today.

Jose de Sousa nailed the nine in a 6-5 win over Mervyn King.

Rusty-Jake Rodriguez then followed suit, although he lost his game 6-5.