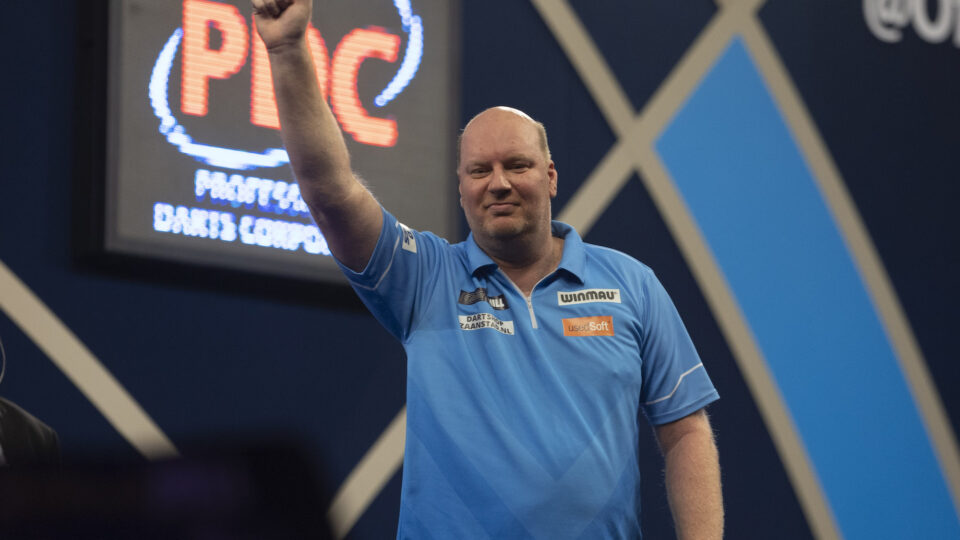 On Tuesday afternoon, the Barnsley Metrodome hosted Tour Card Holder Qualifiers for European Tour Events 12 and 13. Each qualifying produced 24 participants for each event.

During the afternoon in Barnsley that included three nine-dart finishes, Steve Beaton, Vincent van der Voort, and Gabriel Clemens were among the players to secure a European Tour qualification double.

From September 23 to 25, Wieze will host the Belgian Darts Open (ET12), and from October 14 to 16, Gibraltar Darts Trophy (ET13), which concludes this year’s European Tour competition.

Along with former champions of European Tour Events Van der Voort and Beaton, German No. 1 Clemens and his World Cup partner Martin Schindler were two of the nine players to qualify for both competitions.

Rusty-Jake Rodriguez, an up-and-coming Austrian star, secured his spots in Belgium and Gibraltar with a string of strong performances. Ryan Meikle also performed admirably in both competitions.

Several prominent names made it through the ET12 qualifying, including two-time World Champion Adrian Lewis, but it was Simon Whitlock who stole the show with a spectacular 112.73 average that guaranteed him a spot in Belgium.

Jamie Hughes, a past winner on the European Tour, successfully clinched qualification by hitting the first nine-darter of the day to defeat Scott Waites 6-1. He then defeated Florian Hempel and Ryan Joyce to complete the task.

Cameron Menzies, who recently secured a spot in Belgium for next month, hit a nine-darter against Kevin Burness in the ET13 qualification, while William Borland, the nine-darter hero of the World Championship, hit a perfect nine against Damian Mol.

The Scottish duo was unable to qualify for Gibraltar, but their countryman John Henderson breezed through with a convincing victory over Lewis in the ETQ13 championship match.

In the ET13 qualifying, Daryl Gurney, Mensur Suljovic, and Stephen Bunting—all former TV title winners—were among the winners, while William O’Connor qualified for October’s championship match with a stunning 108 average.