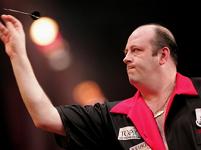 The 54 year old from Stoke-on-Trent initially denied the accusations against him, until camera shots were bought forward of the attack.
Judge Steven Everett, Recorder of Chester, said Hankey would have “denied it to the bitter end” if the attack had not been caught on film.

The victim remains un-named, but the court did hear they were between the age of 16 and 18.

The Count, World Champion on 2000 and 2009 pleaded guilty at an initial hearing in September last year. He was today sentenced to 2 years in prison at Cheshire Crown Court. Hankey was also made to sign the sex offenders register for a decade.