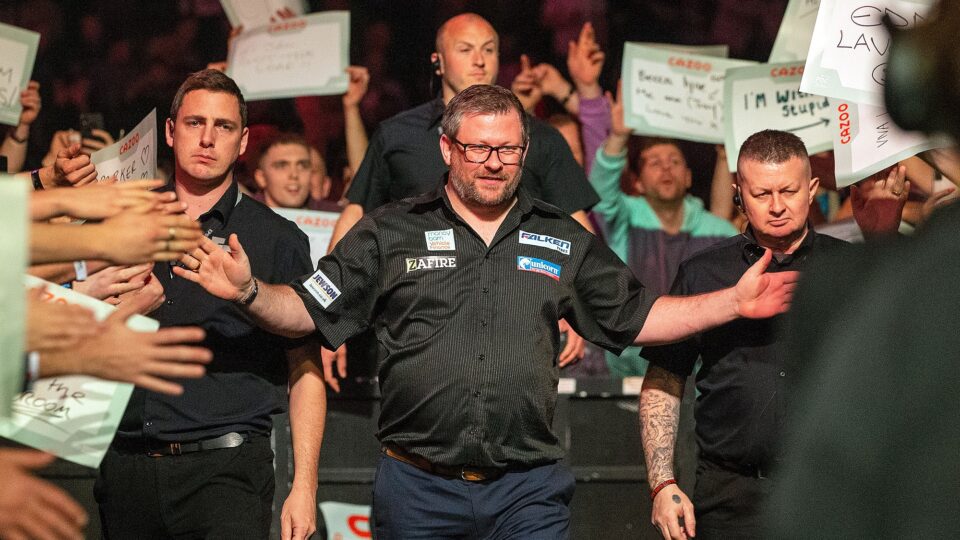 James Wade will not compete in the Cazoo Premier League on Thursday at the Utilita Arena in Sheffield while he recovers from illness.

Wade was hospitalised in Germany for three nights after falling ill at the Interwetten European Darts Open on Sunday evening.

Following a quarter-final win in Leverkusen, the 39-year-old withdrew and was taken to a local hospital after medical checks at the Ostermann-Arena.

On Monday and Tuesday, he underwent testing before being approved to return to the United Kingdom on Wednesday.

“I’d like to thank all the medical staff for their care over the past few days and also to all the fans around the world who have sent messages of support,” said Wade.

“Now that I’m home, I’ll be taking time to recover fully before returning to playing when the time is right.”

Under Premier League tournament rules, Wade’s intended quarter-final opponent in Sheffield on Thursday, Joe Cullen, is awarded a 6-0 win and progresses into the semi-finals, where he will play Gary Anderson or Gerwyn Price.