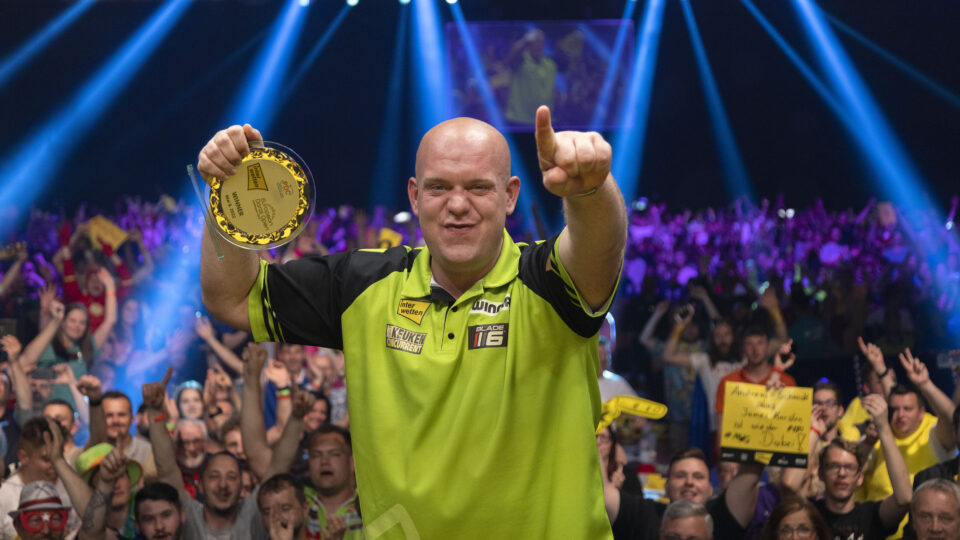 The Dutchman has already won in Hildesheim and Graz this year, including the Austrian Darts Open last weekend, and has now secured his 35th European Tour victory.

On Saturday, Van Gerwen defeated Daryl Gurney, and in the third round, he defeated Cazoo Premier League foe Jonny Clayton to start a fantastic day at the Ostermann-Arena.

He then beat Dirk van Duijvenbode in a decider after the latter was penalised for missing match darts in the last two legs of their quarter-final.

He then held off Van den Bergh’s challenge to take the £25,000 top prize and won his third consecutive Leverkusen tournament.

“Dimitri is a phenomenal player, he always pushes me and he’s a good player and a good guy. Sometimes he’s a bit naive but I like him, and I think he’s good for darts.

“The crowd today were phenomenal and I can’t wish for anything more. It’s always amazing in Leverkusen.”

With a 6-4 third-round win over Martin Schindler, Van den Bergh ended German hopes in the tournament, and a magnificent 6-1 quarter-final triumph over Josh Rock, he finished six doubles from seven attempts.

After James Wade withdrew from their semi-final due to sickness, he was given a bye into his maiden European Tour final.

Wade had been in outstanding form all weekend, defeating Jose de Sousa and Ryan Searle on Sunday. 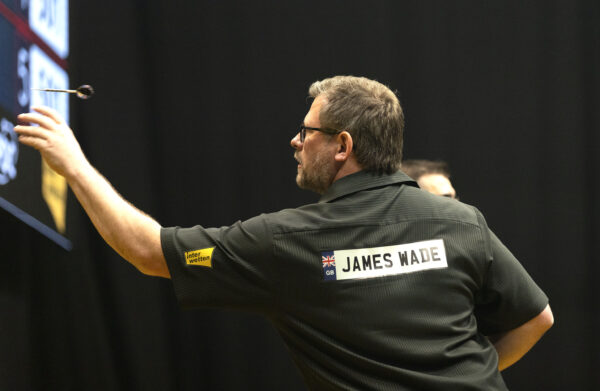 The Gambrinus Czech Darts Open takes place in Prague from May 13-15, continuing the PDC European Tour.