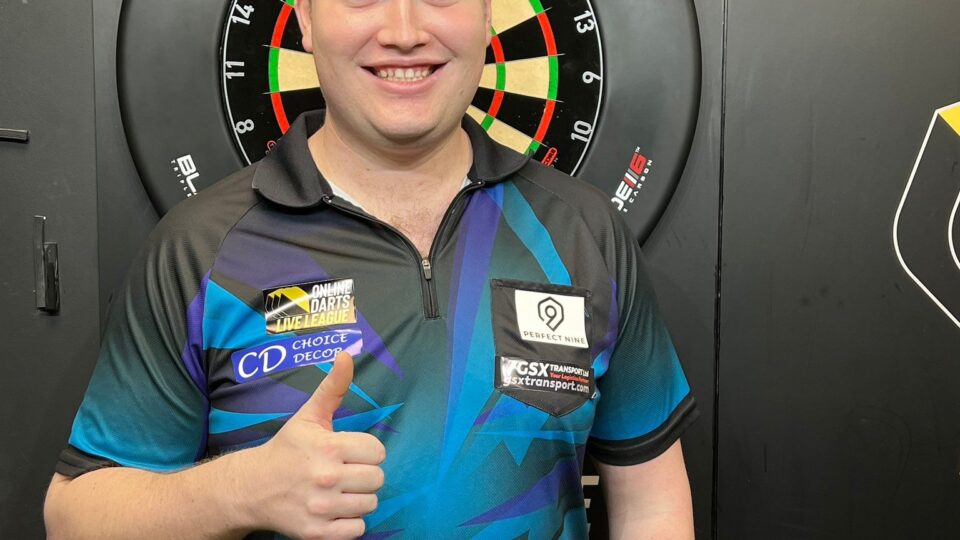 After Jim McEwan was crowned Phase 1 winner the live league was back for phase 2 of this years live league.

The king of the castle Jared Cole got off to a flyer in group A only loosing one game throughout the day and sat on 8 points, with Irishman Connor Heneghan and Englishman Mathew Edgar in hot pursuit close behind on 6 points. Both debutants Gary Blades and Spaniard Toni Alcinas both shared 4 points.

It wasn’t the best possible start for former world champion, Jelle Klassen as he only won 1 game and had it all to do going into day 2 of the group.

Day 2, after finishing day 1 on 4 points Alcinas started the day off with a 4-1 win over group leader Cole. Which saw the group swing wide open. It was yet another superb performance for Irishman Heneghan as he defeated Blades 4-0 with a 109 average. After beating Klassen 4-2 Prime Time Edgar booked himself a spot at finals night. After that win it saw Alcinas and Heneghan joined group B actions. Whereas Cole, Blades and Klassen battled it out in group C.

What a start to the group action for Welshmen Justin Smith as he took all 10 points and the topped the table overnight, with Jared Cole in hot pursuit. Both Blades and debutant Aaron Beeney shared two points. After winning all of his games on day 1 of the group it was the battle between the two Welshmen Kurt Parry and Justin Smith, it saw Parry stop Smith’s 100% winning streak. After smashing Smith in the last match of the group Jared Cole took the crown of group C and will be joined by Welshmen Smith in the finals. After only winning 1 game on day 1 Parry took fourth spot after only losing 1 game in the day. It wasn’t to be for Dutchman Klassen as he took third on 12 points. Blades and Beeney finished in 5th and 6th.

After finishing with 106 average in defeating James Richardson, Paul Hogan carried on his dominant display from Phase 1 into this week. However he had Dan Read and Connor Heneghan behind him. Both Richardson and Alcinas shared the points going into day 2.

It was the 4,000th match in the live league history as it saw Richardson destroy Hogan 4-0. Read carried on his superb display and saw both him and Hogan qualify for finals night. After dodging one or two bullets Richardson got the job done over Alcinas and booked a spot at the finals. It wasn’t to be for Alcinas and Heneghan as they both missed out on qualification for finals night.

It wasn’t to be for, group A winner Mathew Edgar as he only picked up 1 leg in both defeats to James Richardson and Justin Smith. Who then both qualified for the semi finals. On the other side of the draw it saw Dan Read won both of his games. Which meant that Paul Hogan and Jared Cole was a straight shootout for a spot in the semis. Hogan whitewashed Cole 4-0 to book his spot. The first semi final saw Richardson win 4-2 over Hogan. In the other it came right down to the wire as it saw Dan Read take it with a 12 darter to knock out Justin Smith. The third and fourth playoff saw it come down to toss of a coin for a spot at champions week,  Hogan just squeezed past Smith to book himself a spot at finals week. After taking out 170 in the first leg of the final it saw Englishman Dan Read win the first title of phase 2 by beating James Richardson 4-1.