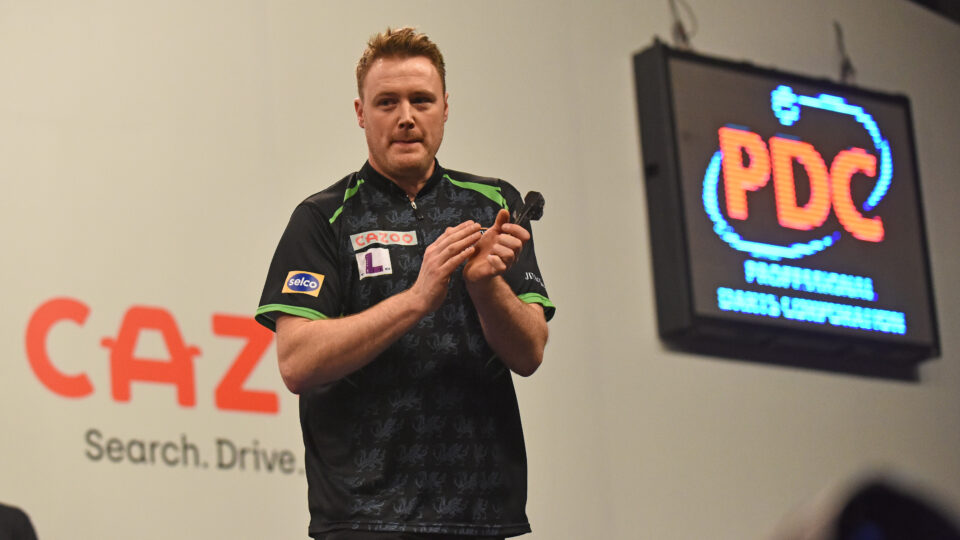 In a tense final between two players vying for their first PDC title, Evans broke throw with a remarkable 128 finish to tie the game at 6-6, only for Williams to respond with a 12-dart leg to close the gap to one.

In the decisive leg, both players’ nerves seemed to be getting the better of them, with Williams eventually pinning double one with his tenth match dart.

Williams’ success is his first ProTour championship in just six events since joining the professional circuit earlier this year as a PDC Tour Card holder.

“I didn’t feel any nerves all day until the last match darts,” said the Welshman.

“It wasn’t a great way to win it but it is a good feeling. It’s a very long day and I haven’t played that much in the last three years really so I had to battle through.”

“To win it is great and hopefully now I feel like I belong and can kick on from here.”

Williams began his championship challenge with a 6-0 thrashing of Peter Hudson, followed by victories over Kevin Burness and Andrew Gilding.

He then defeated Gabriel Clemens of Germany in the quarterfinals before overcoming Danny Noppert’s nine-darter in the semi-finals to set up a title match with Williams.

Noppert’s nine-darter was the third of the weekend, following perfection from Josh Rock and Joe Cullen in Players Championship 5.