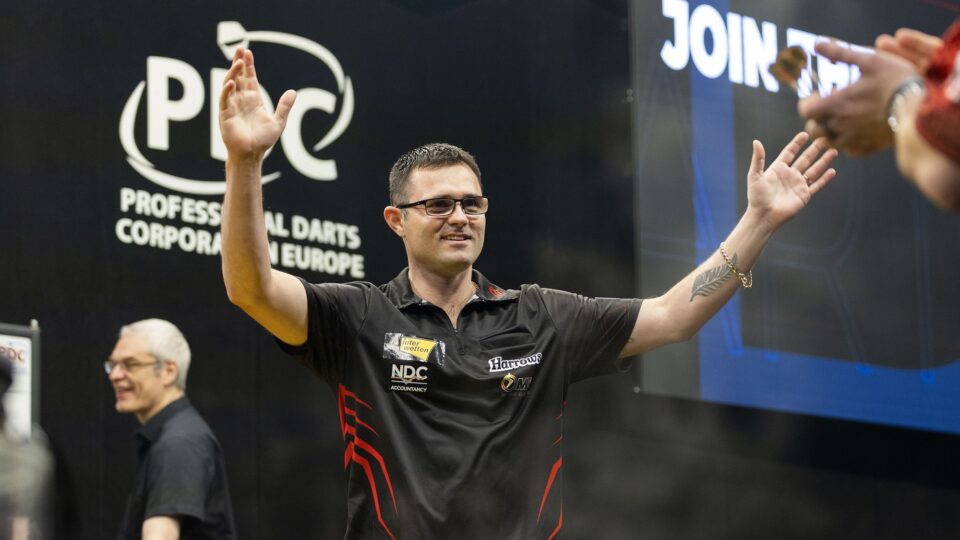 Damon Heta won his third PDC title with an 8-6 victory over Gary Anderson in the Players Championship 5 final in Barnsley on Saturday, breaking an 18-month drought of tournament victories.

After joining the PDC full-time in 2019, the Australian sensation won the Brisbane Darts Masters and a ProTour victory the following year.

With Saturday’s brilliant victory over Anderson in a high-quality decider, he added a second Players Championship,  championship and the £12,000 prize money.

Anderson had won the Cazoo Premier League night in Nottingham on Thursday and had been in outstanding form during Players Championship 5.

Heta had beaten housemate Dimitri Van den Bergh 7-4 in the semi-final, and had also defeated Danny Jansen, Jimmy Hendriks, Keane Barry, Steve Beaton, and Daryl Gurney on his path to the title.

“It’s massive for me,” said Heta, who finished eight doubles from 13 attempts in the final and shared ten 180s with Anderson.

“I knew how well Gary was playing, he was playing sensational darts, but I’m accustomed to the scene now and you’ve got to take whatever opportunity you’ve got.

“To win today is massive because I went all last year playing well, I made some finals but not to get a win was a bit disheartening.

“To get a win over another Premier League player is massive for me. I’m always looking up, I’ve still got everything to gain.

“I don’t think I played my best stuff today but I took my chances. I played some decent players that no doubt could win this thing, but I played my own game.”