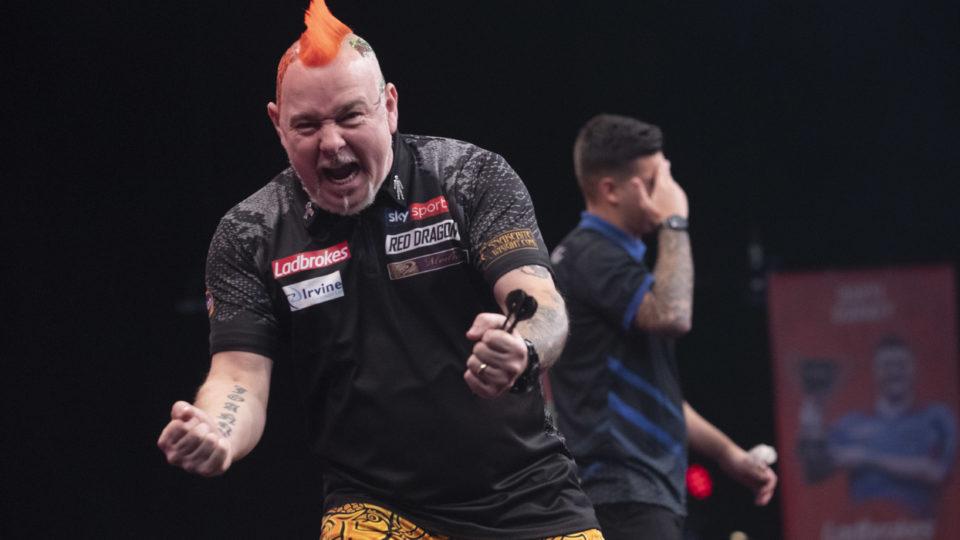 Peter Wright says he could have quit darts “quite easily” after losing to Devon Petersen at the BoyleSports Grand Slam of Darts last week.

Speaking after a hard fought win against Ryan Meikle in the first round of the Players Championship Finals, Snakebite was not in his usual high spirits.

“When I lost to Devon, I could have walked away from the sport quite easily and never played it again in my life. It’s lucky that you see me here,” said Wright in his press conference.

The World Champion lost two out of three games at the Grand Slam and averaged only 83 in the defeat to The African Warrior. He called the defeat “shocking,” showing how much it’s still playing on his mind a week on.

Despite winning the European Championship and a Winter Series event this month, the world no.2 voiced his frustrations of the current climate of darts.

“I’m just fed up with all this behind (closed doors) rubbish. I’m happy now that we’ve got the go ahead that we’re going to have some fans. So now you’ll see some proper darts.”

“I could swear quite a lot right now, that’s how I feel about it. I’ve been in my room since the beginning of lockdown and they haven’t allowed me to decorate or anything.”

“I’m going to be there for a whole month at least let me decorate it how I want- and they wouldn’t let me.”

“Form-wise, I’ve hit three nine-darters with three different sets of darts ranging from 20 gram to 28 gram. It’s just everything else that’s doing my nut in.”

One thing that has been getting Wright through is the promise that he will perhaps be able to defend his Sid Waddell trophy in front of a crowd.

‘‘It’s like having a fourth dart. It’ll be great having them back- even if they’re booing you. It makes a hell of a difference, you can give it some back if they are.’’

‘‘I’ve got that glimpse of the Ally Pally up on that hill, defending my title knowing that there’s going to be a crowd there. That’s what’s going to make the difference.’’

When asked how he would feel if the PDC couldn’t manage to get fans in for the Worlds, he was noy taking no for an answer, not even from the Prime Minister:

Wright will have to put his doubts to one side this weekend as he faces an in-form Simon Whitlock this afternoon in the last 32.

Watch the interview where Peter Wright said he could easily quit darts below:

PDC Premier League Schedule and How To Watch Night