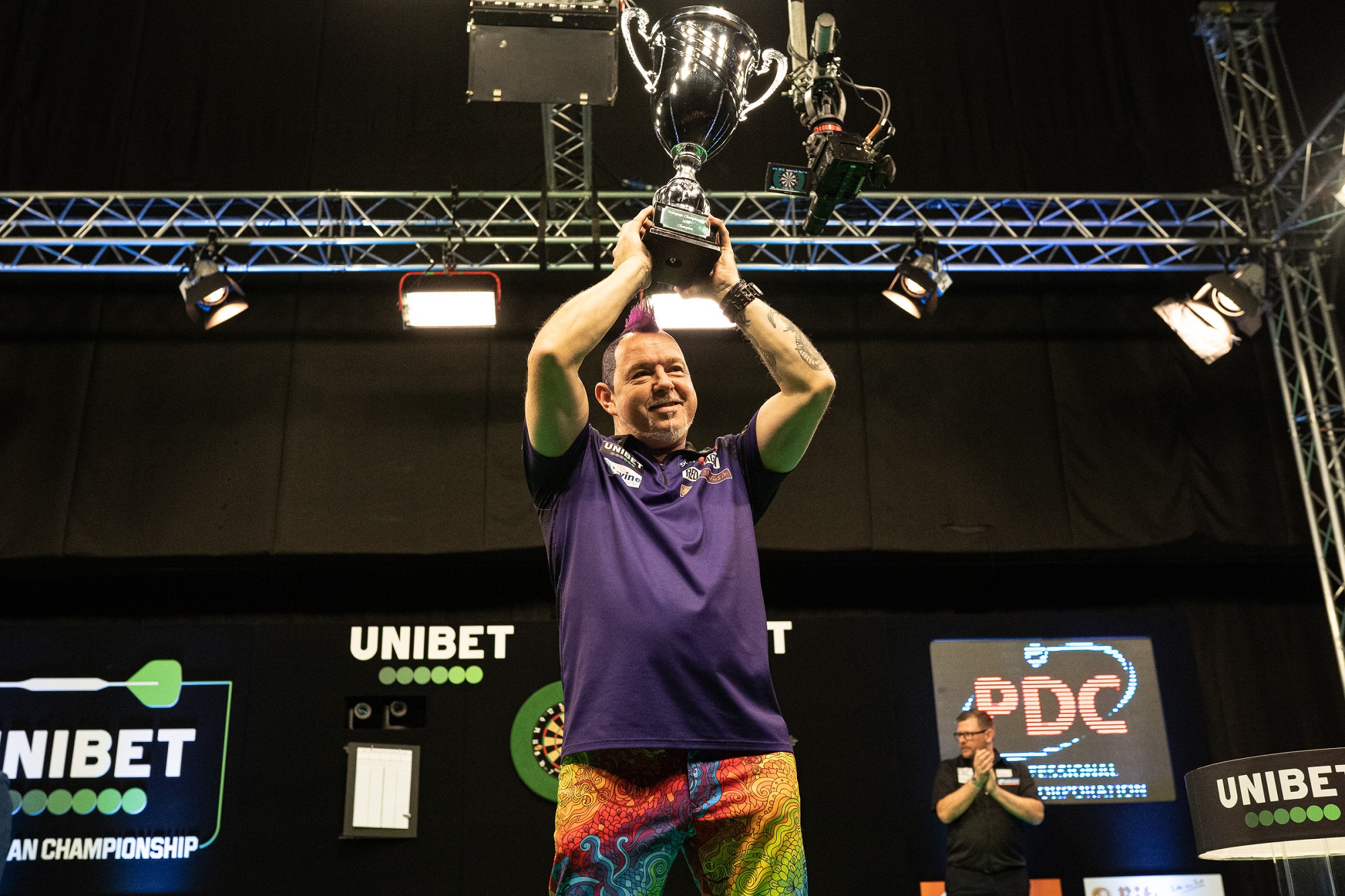 Snakebite was outstanding throughout the game, reeling off five straight legs to seal his first ever European Championship title.

The World Champion won the game with two stunning ton plus checkouts, hitting a 143 and 125 back to back as he averaged 104.3 in his victory over The Machine. His tournament win also sees him regain the world number two spot, after losing it to Gerwyn Price after the World Grand Prix.

Earlier in the night, Wright had beaten Jonny Clayton 11-8, while Wade came through a hard fought battle with Devon Petersen 11-10 in the two semi finals.

The World Champion, who will not be playing at next week’s World Cup of Darts, started the better of the two. After holding throw in the opening leg, he pinged double eight to get an opening break of throw and lead 2-0. Both players then held throw for the remainder of the session, with Snakebite hitting a 96 shot to take a 4-1 lead after the first session.

Wade would then come back into the contest in the second session. After holding on double five, he got the break back with a typical Wade like checkout, hitting a 121 to trail 4-3. Wright would then regain the break in the next leg, after Wade missed tops for 4-4, by hitting double five to lead 5-3. Both players then held throw once more, with Wade hitting his beloved double ten to trail 6-4 at the end of the second session.

After the interval, Snakebite was stunning as he wrestled control of the match. After holding with a 90 checkout for 7-4, he then got a double break of throw with a 11 dart leg on 52 to lead 8-4. Wade then missed two darts to get the break back in the next leg, before Wright pinged double five to hold for 9-4.

It was the same story in the next leg, as Wade missed two darts for a 9-5 game. This allowed the World Champion a poke at a 143 checkout, which he hit superbly, finding double 16 to get a third break of throw.

Snakebite then ended the match by hitting a 125 checkout in what would be the final leg, to reel off five straight legs and seal his first ever European Championship crown.