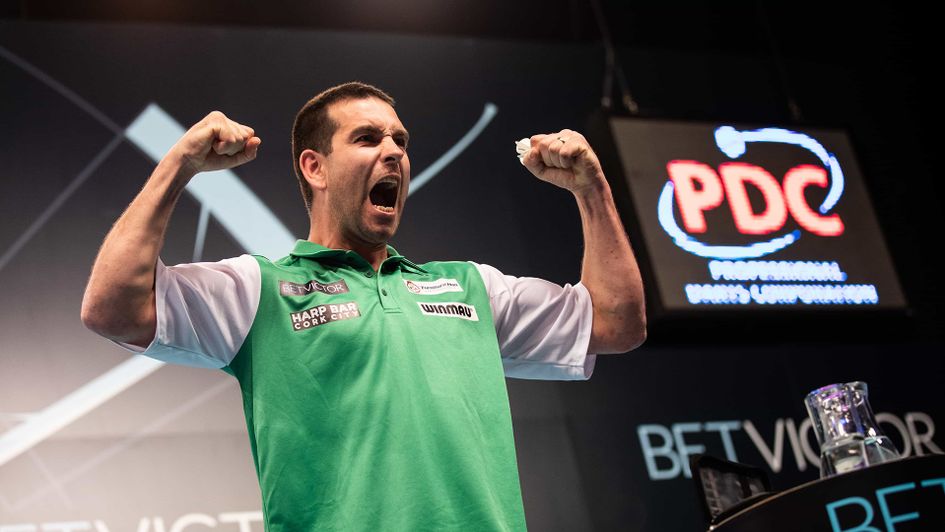 The BetVictor World Cup of Darts event takes centre stage this upcoming weekend (6-8 November) from Salzburg in Austria, with pairs from 32 nations battling it out for international supremacy. The action begins from 12pm on Sky Sports Arena.

Having been moved from its original June dates, the re-scheduled tournament was supposed to have been played in front of a restricted number of fans at the SalzburgArena, but a change in Austrian restrictions means it will now go ahead behind closed doors.

There were some tasty ties thrown up upon the confirmation of the first round draw, as we take a look at a select few of potential gems that get us underway in the opening stage.

The third meeting in as many years for these two nations, but there is a slight difference as to the make-up of the Scottish representatives in 2020, and as they aren’t seeded on this occasion, the draw has given them a potential banana skin.

The reigning champions of 2019, as well as runners-up in 2018, had Gary Anderson and Peter Wright as the players on these occasions. However, understandably on the back of COVID-19 restrictions and personal choices to refrain from travelling, the Scots have two new faces in the shape of John Henderson and Robert Thornton in the bid to defend their crown.

Japan have shown credentials in this tournament, especially having reached the semi-finals last time around where they did eventually lose to the eventual winners 2-0.

World Cup stalwart Seigo Asada is joined by debutant Yuki Yamada in Salzburg. Due to no Asian Tour events being played in 2020 in respect of the COVID-19 pandemic, these two players sat at numbers 2 and 5 on the PDC Asian Tour order of merit, and have both made appearances at the World Championship.

Asada put on great showings despite defeats to James Wade in 2019 and champion Peter Wright in 2020, whereas Yamada may have lost to Darren Webster in the last 64 but he displayed the Asian Tour’s ever-growing potential in depth.

A tricky start indeed for Henderson and Thornton’s inaugural World Cup campaign, and they’ll have to be at the top of their game if they are to progress against what will undoubtedly be a spirited Japanese duo.

It’s the second year running that these two nations have been pitted against each other at the first round stage, and the top seeded English pair of Michael Smith and Rob Cross will certainly be looking to improve on what was a disappointing campaign in 2019.

They eventually went out at the second round stage having overcome the Philippines 5-1 in that opening encounter, but this match, in particular, is one to keep an eye on regardless of past meetings.

Smith recently managed a semi-final in the European Tour 4 event, but hasn’t been in sparkling for much of the recent events along with Cross who himself is reeling on the back of a shock early exit in the European Championship to Martijn Kleermaker; although he did reach a World Series final, also in Austria, back in September.

Being the top seeds in the event and both needing somewhat of a morale boost on the big stage ahead of a busy winter period could well be the catalyst for ‘Bully Boy’ and ‘Voltage’ to gather some momentum. 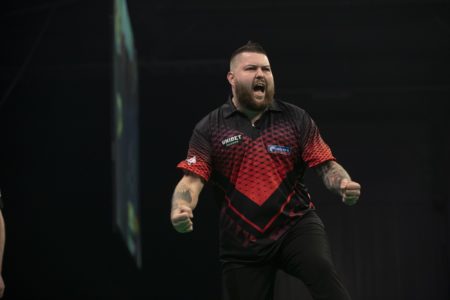 Standing in their way of securing a first World Cup title for England since 2016 are two players who’ve also performed impressively on both the PDC Asian Tour and the World Championship stage.

As of 2019, the charismatic Lourence Ilagan topped the Asian Tour OoM, with partner Noel Malicdem occupying the fourth spot.

Ilagan gave Vincent van der Voort a tough assignment in 2019’s World Championship despite losing 3-1, and he pushed Spaniard Cristo Reyes all the way in the 2020 event only to agonisingly fall short.

Malicdem reached the second round at Ally Pally in two consecutive years, 2019 and 2020, losing to Kyle Anderson 3-1 before missing a match dart at the bull in a sudden-death thriller against Peter Wright.

England will start as heavy favourites in this one, but the Filipino pair have definitely shown glimpses of their ability and will be chomping at the bit to take advantage of any opportunities that may arrive in what promises to be a captivating last-32 clash.

2019 runners-up and the seventh-seeds Republic of Ireland take on 2012 finalists Australia in what is shaping up to be a first round corker.

ROI, once again represented by William O’Connor and Steve Lennon, will hope to reproduce a fine run in last year’s event which saw them reach the showpiece final with successes over Greece, a hugely impressive defeat of England in the second round, Austria in the quarter final before another giant killing of the Netherlands in the last four. 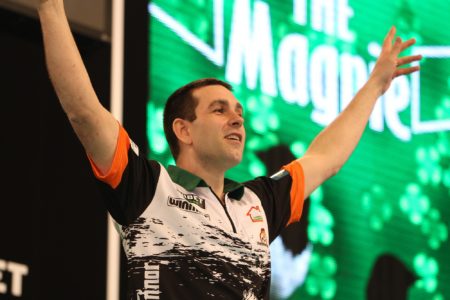 O’Connor will be buoyed by his neat showing in the recently passed European Championship in Oberhausen, where he took advantage of a last-minute call up to the event by reaching the quarter final stage. Partner Lennon will look to use the World Cup as a means of kick-starting his way into form, and there’d be no better way for him to do so by repeating that magical campaign of the previous event.

Australia’s representatives include regular Simon Whitlock and a debutant in the form of Damon Heta, who takes over from Kyle Anderson.

Whitlock has produced some positive results as of late, managing a run to the World Grand Prix semi final, whilst also reaching the quarter final of the World Matchplay aswell as Players Championships 15 and 18.

Former Brisbane Masters champion Heta deservedly takes his spot in representing his nation at the BetVictor World Cup having enjoyed a fruitful 2020 campaign in PDC events, including a participation in the World Series Finals and a triumph on Day Two of the PDC Autumn Series.

As a fresh pair, the Aussies will be out to improve on a 2019 event that saw the men from down under exit at the second round stage at the hands of Canada, but first and foremost they have to overcome a tightly-knit duo of O’Connor and Lennon if they are to do just that.

A tantalising match in prospect, with both having the potential to go deep in the tournament.

Interesting times for the third-seeded Netherlands as the nation includes a World Cup debutant for the second consecutive year.

World number one Michael van Gerwen will be joined by Danny Noppert in Austria, who takes the reigns from Jermaine Wattimena. 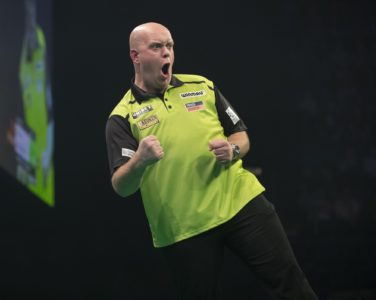 Noppie and MvG have the task of going one better this time around, hoping to build on a surprise semi final exit where they fell at the hands of that rampant Irish duo of O’Connor and Lennon.

The quest for a fifth World Cup crown gets underway against darting minnows Brazil, with Diogo Portela and Bruno Rangel the players having the honour to represent their country and the chance to spring a monumental upset in the first round of this tournament up on the biggest stage.

On paper, this may not be the most enticing match-up as many would predict this to surely swing the way of the Dutch in comfortable fashion. However, it will certainly be intriguing to see how Michael van Gerwen adapts to yet another new partner in this particular event and to see how Noppie adjusts to life as a representative for such an established nation in the history of the BetVictor World Cup.

Our final tie to watch is between second-seeds Wales and Russia.

Gerwyn Price and Jonny Clayton are the Welsh representatives once again, and they’ll undoubtedly want to progress through this encounter without fuss having suffered a humiliating first round exit at the hands of Singapore in 2019.

The Welsh team have only ever reached the final of this event twice; firstly in 2010 with Mark Webster and Barrie Bates losing out 4-2 to the Netherlands, and in 2017 with Webster and Price, where they fell to the Dutch on yet another occasion.

This year feels somewhat different though in light of both ‘The Iceman’ and ‘The Ferret’s form on the tour.

Price secured TV titles at the World Series Finals and the World Grand Prix in Coventry to add to back-to-back Autumn Series triumps at Players Championships 17 and 18, capping what has proved to be a wonderful year for the Markham player with some astounding darts produced along the way.

Jonny Clayton will have been pleased with his form en route to qualification into the World Grand Prix tournament partly down to his excellent showing at European Tour 2 where he reached the final, losing out to a spirited Devon Petersen, followed by a recent European Championship run to the semi final which concluded with a battling defeat to overall victor Peter Wright.

The Russians will be keen to upset the applecart, and it’s newly 2020 World Championship qualified Boris Koltsov and his partner Aleksei Kadochnikov who are the players in the hunt to bag themselves a famous BetVictor World Cup success.

The BetVictor World Cup will also feature a number of other match-ups that may provide fireworks on a bumper Friday of arrows.

Fourth-seeds Northern Ireland, familiarly represented by Daryl Gurney and Brendan Dolan, face Canada in their first round encounter, and as the nation hasn’t made it past the second round since reaching the semi final stage in 2016, ‘Superchin’ and the ‘History Maker’ will be looking to get their campaign off to a perfect start against a tough pair of Jeff Smith and Matt Campbell.

Mensur Suljovic and Rowby-John Rodriguez are the representatives for the hosts and eighth-seeds Austria, and they begin their campaign with a tie against the USA. Also, recent European ChampionshIp nine-dart hero Jose De Sousa will be part of the Portugal team who have taken the place of Singapore due to the latter’s inability to travel due to national restrictions. De Sousa and his partner, Jose Marques, face Hungary.

A peach of a tie sees Poland face South Africa. Each nation will have a player in spectacular form throughout the course of the amended 2020 campaign in the shape of Krzysztof Ratajski and Devon Petersen respectively, and the South Africans will have high hopes of reaching the second round stage in consecutive years having defeated Northern Ireland at this point in the previous year’s event.

PDC Premier League Schedule and How To Watch Night