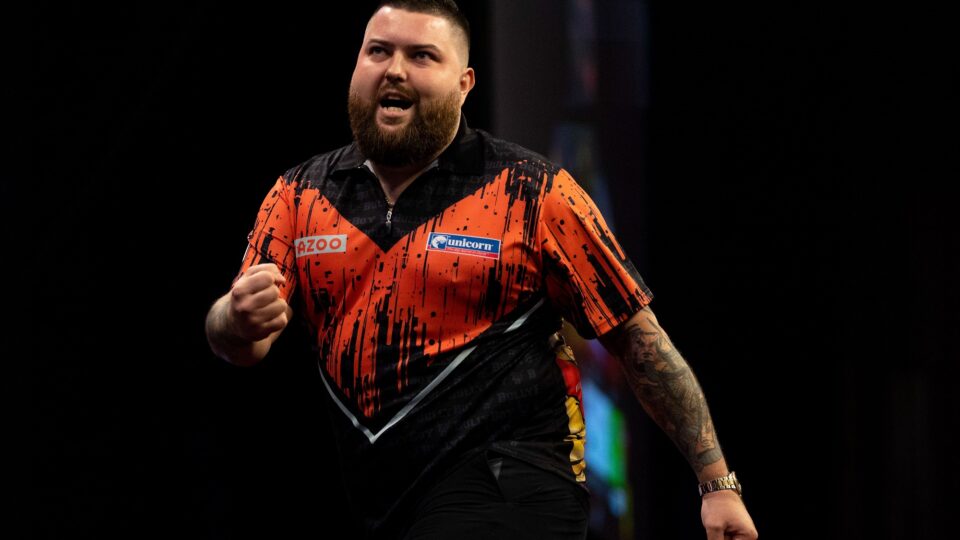 The Englishman came through a field absent of most of the Premier League field to pick up the Pro Tour title at Robin Park, and add £12,000 to his ranking.
That prize money extends the gap over compatriot James Wade to over £15,000, a late withdrawal from todays play following his withdrawal in Leverkusen this weekend.

John O’Shea was the beaten finalist in his maiden trip to title decider. The Irishman produced a great run that included wins over Nathan Aspinall and Dave Chisnall whilst also accounting for 9-Dart man Ross Smith. Smudger achieved perfection in his very first leg of the day against Belgian Geert de Vos.

The World Championship and UK Open runner up has struggled in this years Premier League campaign, but put that to one side as he won his 8th career Pro Tour title.
Smith Started the day with a victory over Spaniard Tony Martinez, before defeating Ricardo Pietreczko 6-2 in round two. Ricky Evans, a player who’s form is on the rise was Smith’s opponent in the board final. The 25th seed for today was defeated 6-3.

Martin Lukeman was next up. Much like Evans his form is on the up, shown by recent good showings on the European Tour. However he too was defeated, this time by a 6-4 margin.
Next up was James Wilson. The Jammy Dodger fell via the same 6-4 scoreline.

Australian Damon Heta started the day as the 5th Seed. He made it all the way to the semi-finals but uncharacteristically of his 2022, he was swept aside 7-2.

In the final, Smith and O’Shea traded holds of throw for the first six legs. However the critical break came in leg 7, Bully Boy producing a 12 dart leg against the throw. A second break went in favour of the Englishman in leg eleven that all but wrapped up the title. O’Shea did immediately break back, throwing the possibility of a comeback open. But those hopes were diminished in the 13th, and final leg.

As previously mentioned Ross Smith hit a 9-Dart leg today in a truly bizarre match with Geert de Vos. Smudger achieved perfection in the very first leg, his first of the day, but subsequently lost the next four straight. He eventually recovered to win 6-5, a result which enabled him to start his run to the last 16 where he was beaten by O’Shea.

No less than 6 Premier League players withdrew from action ahead of todays play. Michael van Gerwen, Johnny Clayton, Gerwyn Price and Peter Wright were joined by Gary Anderson and James Wade as absentees in the field, thus some of the field found themselves in an unusual seeding position.

Luke Humphries started the day as the number one seed but will be hoping that moniker brings him better fortunes tomorrow. Cool Hand was swept aside 6-0 by Max Hopp in the first round. Dirk Van Duijvenbode, Rob Cross and Stephen Bunting also fell at the first hurdle.

Last 16 Results below. Full results can be found here