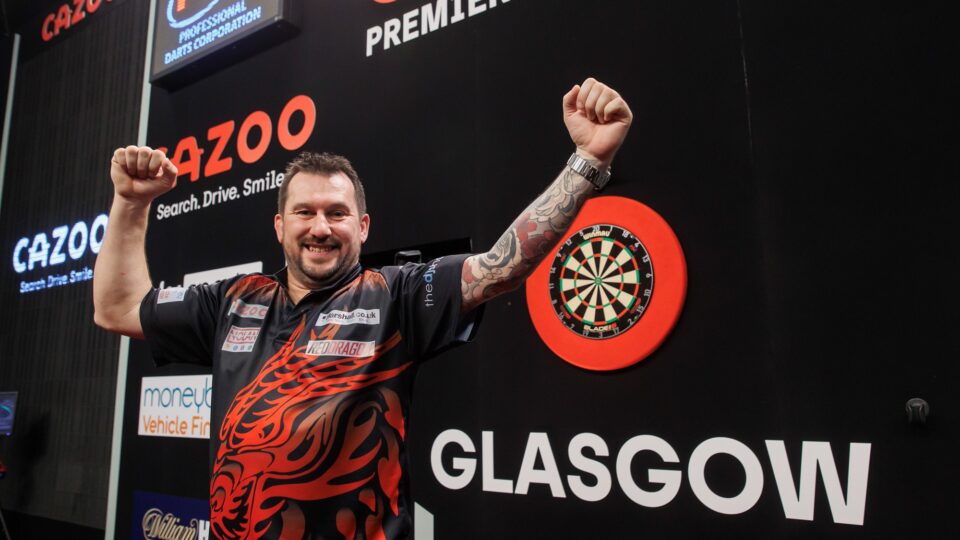 Just three weeks remaining until we have our playoff confirmed, after winning night thirteen Jonny Clayton is the only player currently confirmed. That could all change in Sheffield, with Michael Van Gerwen also able to join The Ferret in Berlin.

James Wade will not compete in the Cazoo Premier League on Thursday.

Michael Van Gerwen knows he’s just a couple of wins away from securing a play-off place after his final defeat last week to Jonny Clayton. He could secure without winning if results further down the table go is away, but MvG will be looking to continue his impressive form with a least a place in the final.

Michael’s opponent is also looking to improve his playoff places, with Peter Wright five points ahead of Joe Cullen in fifth.

The form of these two players will mean Michael is going in as the favourite after another Euro Tour win last weekend.

Peter Wright hasn’t found his best form in recent months and he hasn’t reached a night final since night four, and the points are crucial for Peter if he wants to be in the fight for lifting the title in June.

The winner of this crucial will take on the winner of Michael Smith and already qualified Jonny Clayton in the bottom half of the draw.

Joe Cullen’s play-off charge must start in Sheffield, and after the news of James Wade’s withdrawal, he will automatically receive a bye into the Semi-Finals.

The Machine will be disappointed he’s unable to secure his play-off place this week, but all his focus will be on a full recovery before a return to the dartboard.

Rockstar will take on either Gary Anderson or Gerwyn Price in the Semi-Final.

A defeat for Gary Anderson means his slim hopes of qualifying are over.