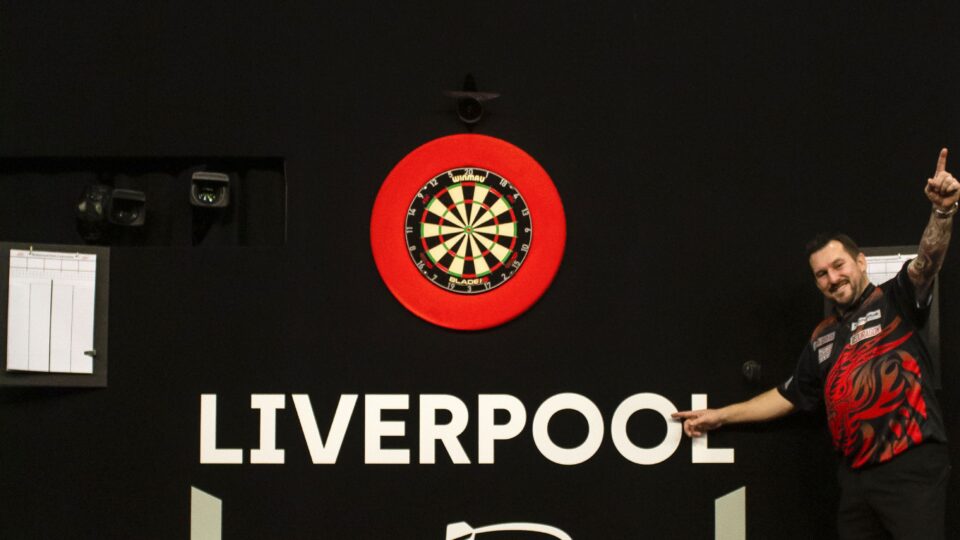 Jonny Clayton climbed to the top of the 2022 Cazoo Premier League standings after defeating Joe Cullen in the final in Liverpool on Thursday.

Clayton fought back from a 3-1 deficit in the finale to triumph 6-4 over the Premier League newcomer in the Night 2 final.

Cullen, who had lost in his quarter-final match in Cardiff a week ago, started the final the brighter of the two, racing to a 3-1 lead in front of a bumper crowd at the M&S Bank Arena.

The defending Premier League champion fought back, levelling the match after six legs before another break of throw saw Cullen wrestle back the initiative.

Clayton – who had finished Night 1 as runner-up to Peter Wright – then went on to win the next three legs, capitalising on Cullen’s missed doubles to claim the win and pocket the £10,000 winners bonus.

“The atmosphere was absolutely fantastic, it’s a shame we have to leave!

“I didn’t play my best in the final but I got over the line and that’s what counts.

“The game against Michael van Gerwen was hard work, I had to be at my very best to win that one.

“I’m Premier League champion for a reason and I’ve got off to a good start this year, so long may it continue.”

The final triumph capped off a fantastic night for the Welshman, who beat Michael Smith 6-3 in the quarterfinals before rebounding from a 4-1 deficit in the semis to average 106 and overcome Michael van Gerwen 6-4.

Van Gerwen had beaten World Champion Peter Wright 6-1 in the quarter-finals, improving on his 103 average with a 105 average in a thrilling semi-final against Clayton, only to be eliminated.

After overcoming Gary Anderson 6-3, Gerwyn Price was the second man to reach the final four, but after leading Cullen 5-2, the world number one came unstuck in the last four.