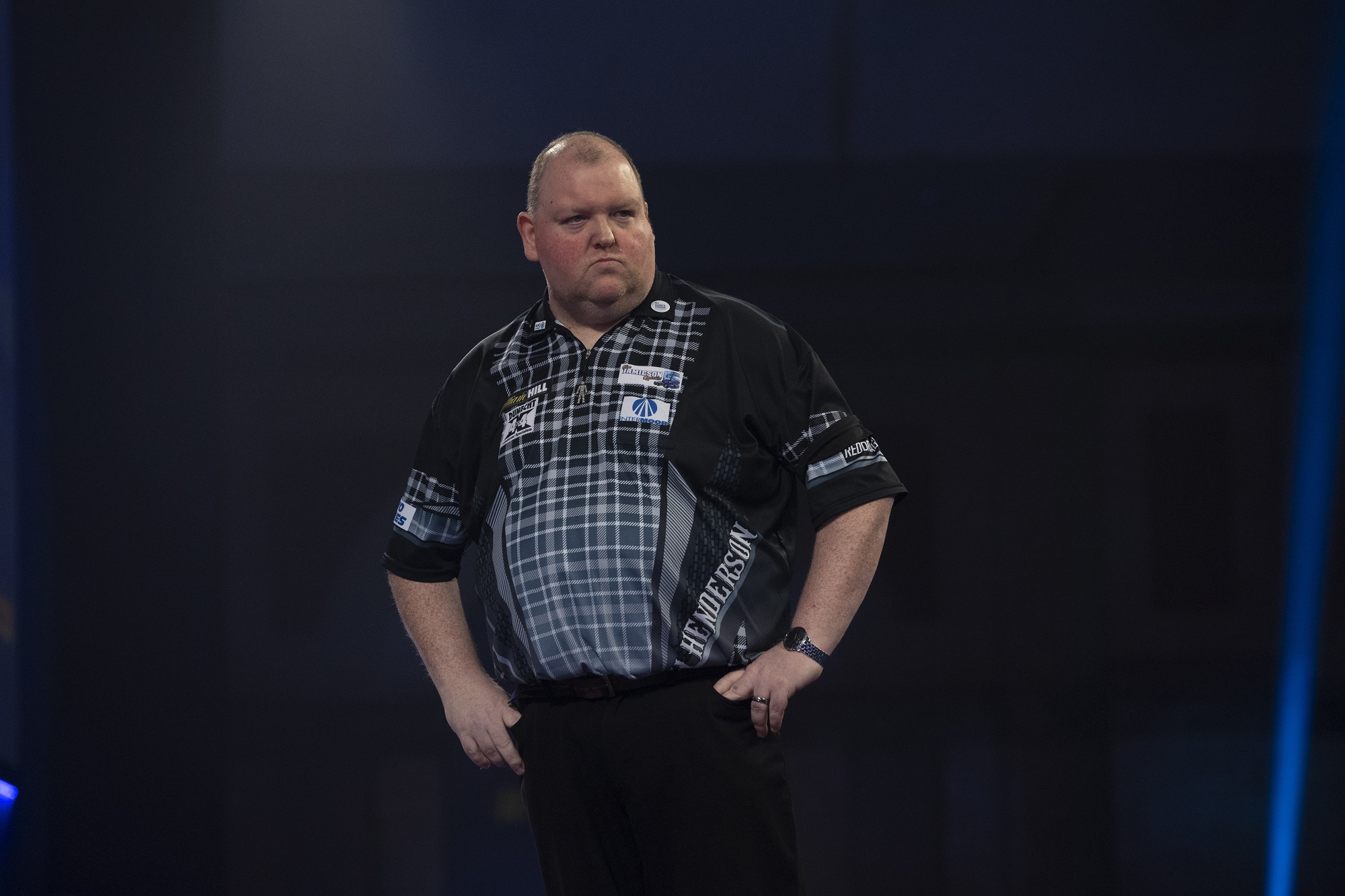 John Henderson pulled no punches when talking about his round one victory over Marko Kantele at the World Darts Championship.

Speaking after the win, The Highlander said the match “was god awful from the pair of us.”

Henderson was 2-0 up, but squandered that lead as the Finn levelled. In the end, the Scot won 3-2, despite missing 27 darts at a double.

“I’m the winner of a terrible game”

Henderson was extremely downbeat walking off stage after his victory over the Finnish player.

The Scot said: “No disrespect to Marko, but that was god awful from the pair of us.

John Henderson’s next test at the World Darts Championship is a matchup with The Ferret, Jonny Clayton on Sunday evening.

The Highlander is looking forward to the match, as he believes he’s not the favourite heading into the contest.

“I think in my games, I’ve always been the better player if I’ve been the underdog,” said the Scot.

“Being the underdog, it might inspire me. I think it probably will, so Jonny’s going to have a game on his hands hopefully.

“I won’t play like that again. First round nerves, that’s what I’m putting it down too.”