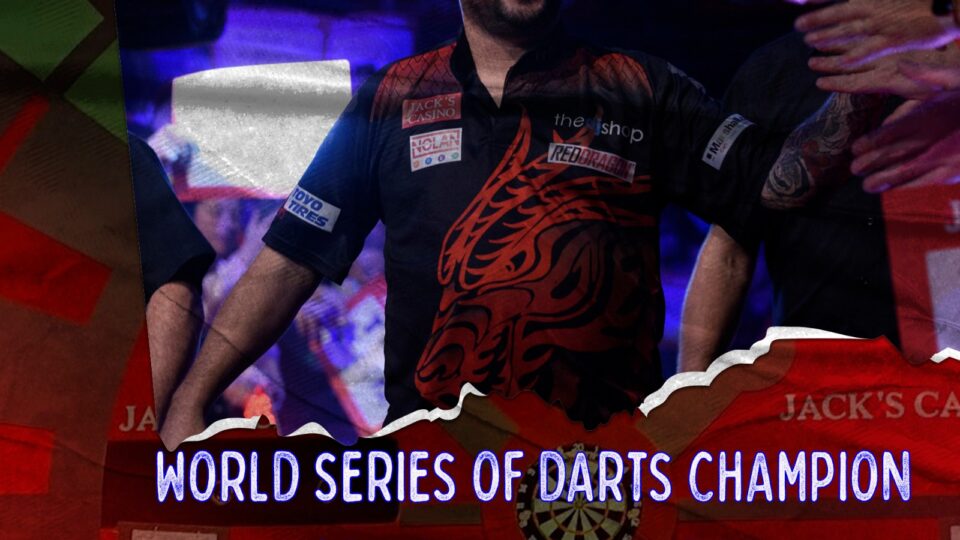 2021 is the year of Jonny Clayton. After defeating Dimitri Van den Bergh this evening, The Ferret is now holder of the Premier League, World Grand Prix, Masters and World Series of Darts.

Also on finals day we saw,

Clayton adds another title to the ever growing trophy cabinet

Jonny Clayton and Dimitri Van den Bergh met in final after very impressive runs on Finals day. It was Jonny who got an early break to lead 2-0, before The DreamMaker fired in a 112 to half the deficit. He then won the next two to lead at the first break. 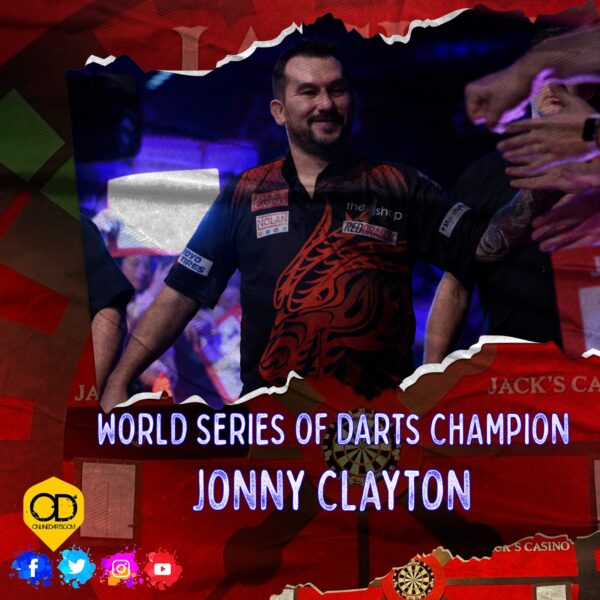 The second session saw Jonny get the break back before firing in six perfect darts to get his nose ahead once more. The pendulum then swung back the way of the Belgian winning the next 2 legs and regaining the lead. The final continued to ooze class with Clayton hitting a 13 dart leg to level the game up at 5-5.

The first three legs all went with throw and then some stupendous darts from Clayton left 41 after nine and cleaned it up in two to edge closer to the title. The worst leg of the game came just before the final break. We had 14 legs with no leg taking more than 15 darts to finish. It took 18 for Clayton but it was a 103 checkout to move two legs away. 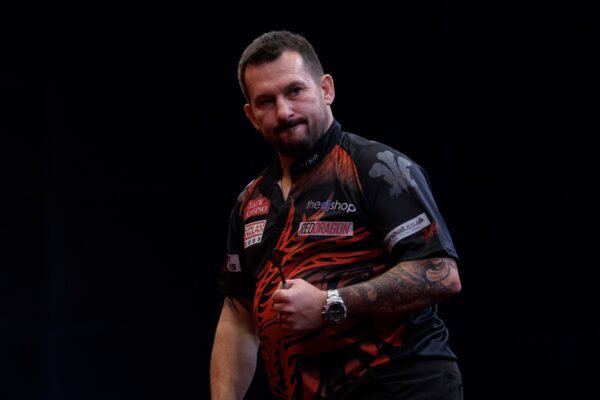 Jonny Clayton silenced the home crowd with an 11-6 win over Michael van Gerwen. Clayton took full advantage of a slow start from Van Gerwen to lead 4-1 after the first break. MvG won the next session 3-2 which included a Big Fish in leg eight.

With the score at 6-4 to the Welshman, he then reeled off four of the next five to move one away. He missed match darts to win 11-5 however, he made sure he finished the game without his throw being broken to wrap up an impressive win against Michael van Gerwen.

Dimitri Van den Bergh made the final by defeating Krzysztof Ratajski 11-8. 10 of the legs went against the throw and after it was leg 17 which was the most important. With The Polish Eagle sitting on 72, Dimi utilised bull to take out 121 to take the lead. 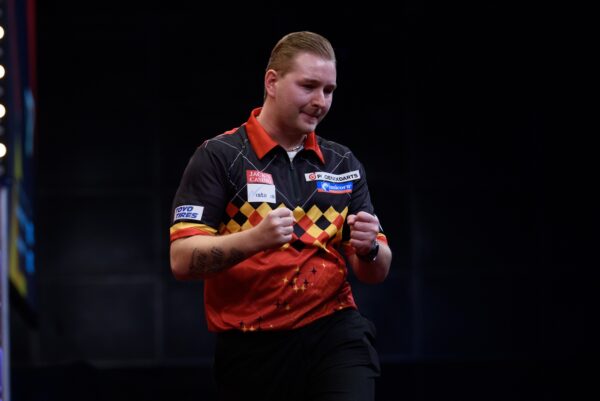 The DreamMaker won the next two legs and was back on the stage for another TV final.

The game of the session was between Gerwyn Price and Jonny Clayton. After nine legs it looked like it was going to be the World Champion who came out on top after leading 7-2. Leg 10 was the start of the incredible comeback from The Ferret who beat his World Cup partner 10-9

Another World Cup team met when Dimitri Van den Bergh took on his mentor Kim Huybrechts in a high quality game. Both players averaged over 100 and it was Dancing Dimi who won 10-8

Michael van Gerwen once again got the better of Mervyn King. King came into the Quarter-Finals yet to drop a leg but was unable to find the same form and Mighty Mike won this one 10-5.

Krzysztof Ratajski opened up the day with a win against Niels Zonneveld. Polish Eagle didn’t need to be at his best to get the better of Zonneveld and completed a 10-6 win with ease.