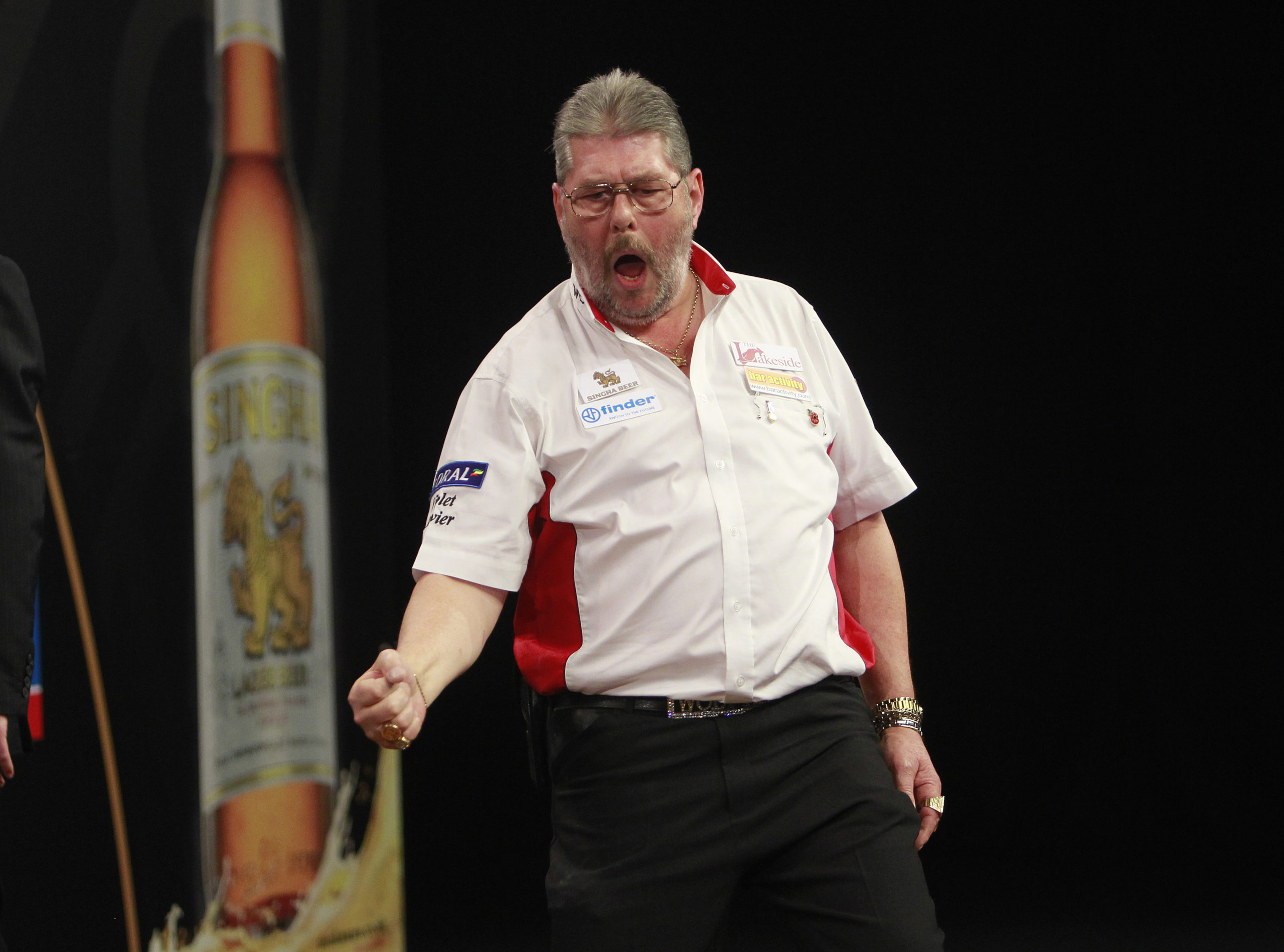 This afternoon Martin Adams produces a moment of brilliance during the MODUS Icons of Darts Live League. Wolfie was leading James Hubbard 4-1 when the 63-year-old won the match with a perfect nine-dart leg. This was the second perfect leg, on the MODUS stream, Arron Monk achieved the same feat. Also against James Hubbard. The league may only be streamed across the internet, but Adams still celebrated for the fans watching when the winning double went in.

The former England captain is widely regarded as one of the best players ever to play the sport. Adams, who turns 64 tomorrow, is showing no signs of slowing up as that passion is still burning bright. The three-times champion of the world won his first world title back in 2007 and the last in 2011. Before the sport was stopped due to the COVID 19 pandemic, Adams was still at the top of his game. Adams got to the semi-final of the Scottish Open and the final of the Isle of Man Open.

While most of the sporting greats now play in the PDC, Adams didn’t make the switch and stayed loyal to the BDO after the split in darts in 1993. Although Wolfie did play in a few PDC events, he never made the full time jump. Going on to win three BDO world titles. In 2015 Adams played in the PDC Grand Slam of Darts for the first time. The only cross-code tournament currently on the darting calendar. Like the champion he is, Adams didn’t disappoint. Winning his group and reaching the last 16.

When you speak to most top players, the one they would have all like to seen play in the big arenas is Martin Adams. 16 times champion of the world Phil Taylor has openly spoken about Adam’s is one of the best. The two champions have clashed of late on the MODUS live streams. Today was just further proof that Adams still has the class and ability to play with the best. Adams nine-darter will be watched over and over again.

Laura Price has lived in Nashville her whole life. Laura has worked as a journalist for nearly a decade has contributed to several large publications including the Yahoo News and the Oakland Tribune. As a founder and journalist for Online Darts, Laura covers national and international developments. Contact Email: laura@onlinedarts.com Phone: 720.213.5828

Michael van Gerwen ends his drought for a title

PDC Nordic Darts Masters – How to watch and Schedule

@Warby180 has just blown Group A wide open as he defeats the leader Connor Scutt 4️⃣-0️⃣ with a world-class 1️⃣1️⃣5️⃣.6️⃣ 2️⃣ average 👏🏻👏🏻👏🏻 #ODLiveLeague

Available on all good podcast providers or 👇🏻

The final session in Group A, with everything on the line this morning.

Who will top the table? And who will take the Group B places?

Sport is nothing with out the fans. Love these pic

The drought is over for @mvg180