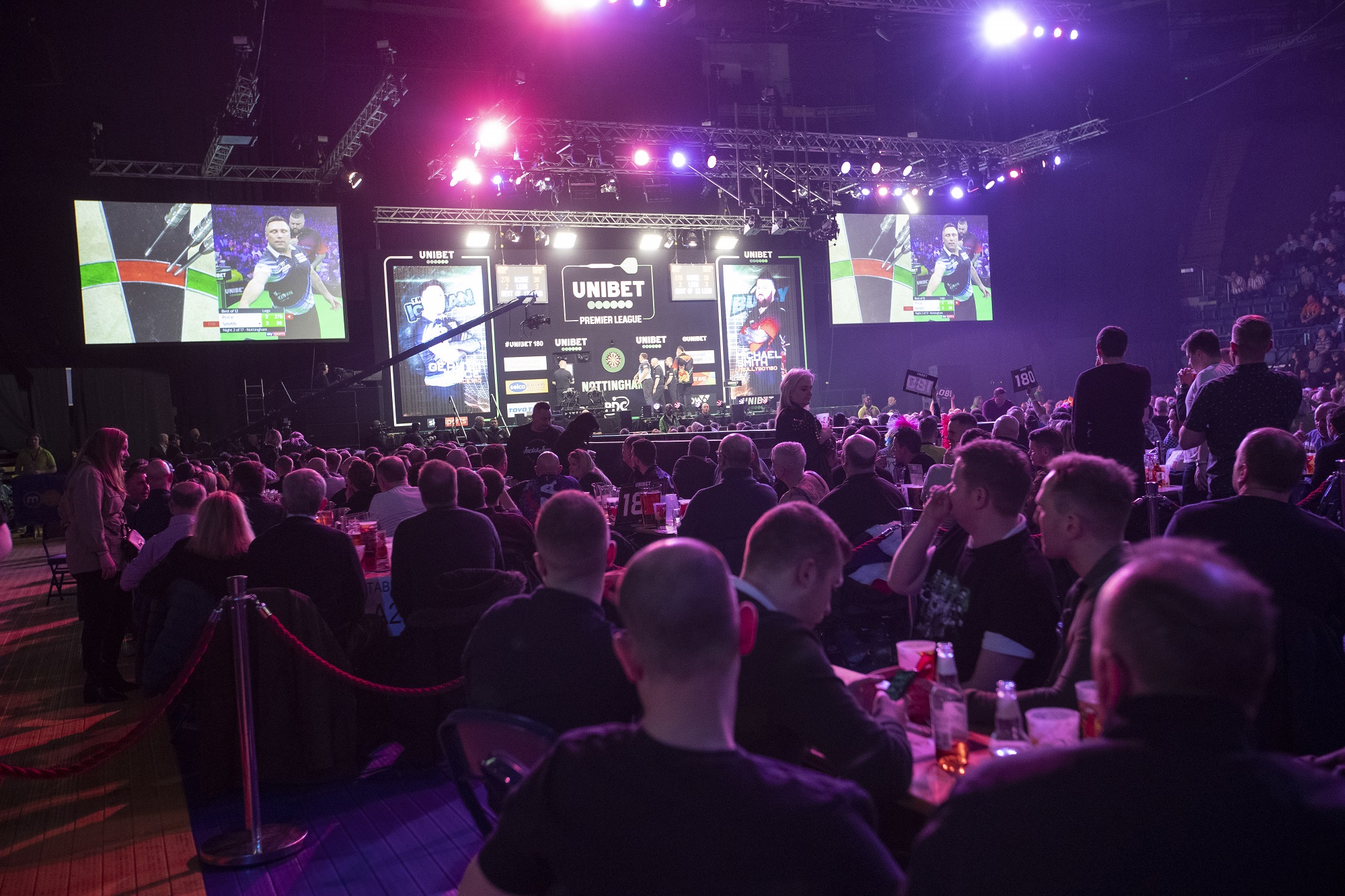 The PDC today announced the dates and cities for the 2021 Premier League. The conclusion of the 2020 Premier League is still to be finished due to the COVID 19 pandemic.

A revised scheduled was also released for the rest of the 2020 league, with six nights heading to the Mashall Arena in Milton Keynes. For the foreseeable, Milton Keynes is fast becoming the temporary home of world darts.

The new-look Premier League for 2021 sees Brighton return to the calendar, and the playoffs leave the O2 in London and head to Berlin Mercedes-Benz Arena. The other significant change sees the doubleheader at Rotterdam leave the 17-night roadshow. Instead, there will be just the single night at the Ahoy.

The 2021 Premier Leage will start in the Welsh capital of Cardiff at the Motorpoint Arena. Then the PDC stars will head across to the Emerald Isle to the 3Arena in Dublin for week two.

After the PDC announced the new 2021 Premier League dates, they also confirmed that tickets purchased for the six nights being moved to Milton Keynes would be rolled over till next year.

Remember you can watch all six nights at Milton Keynes, as well as all the action in the 2021 Premier League. All the information can be found here.