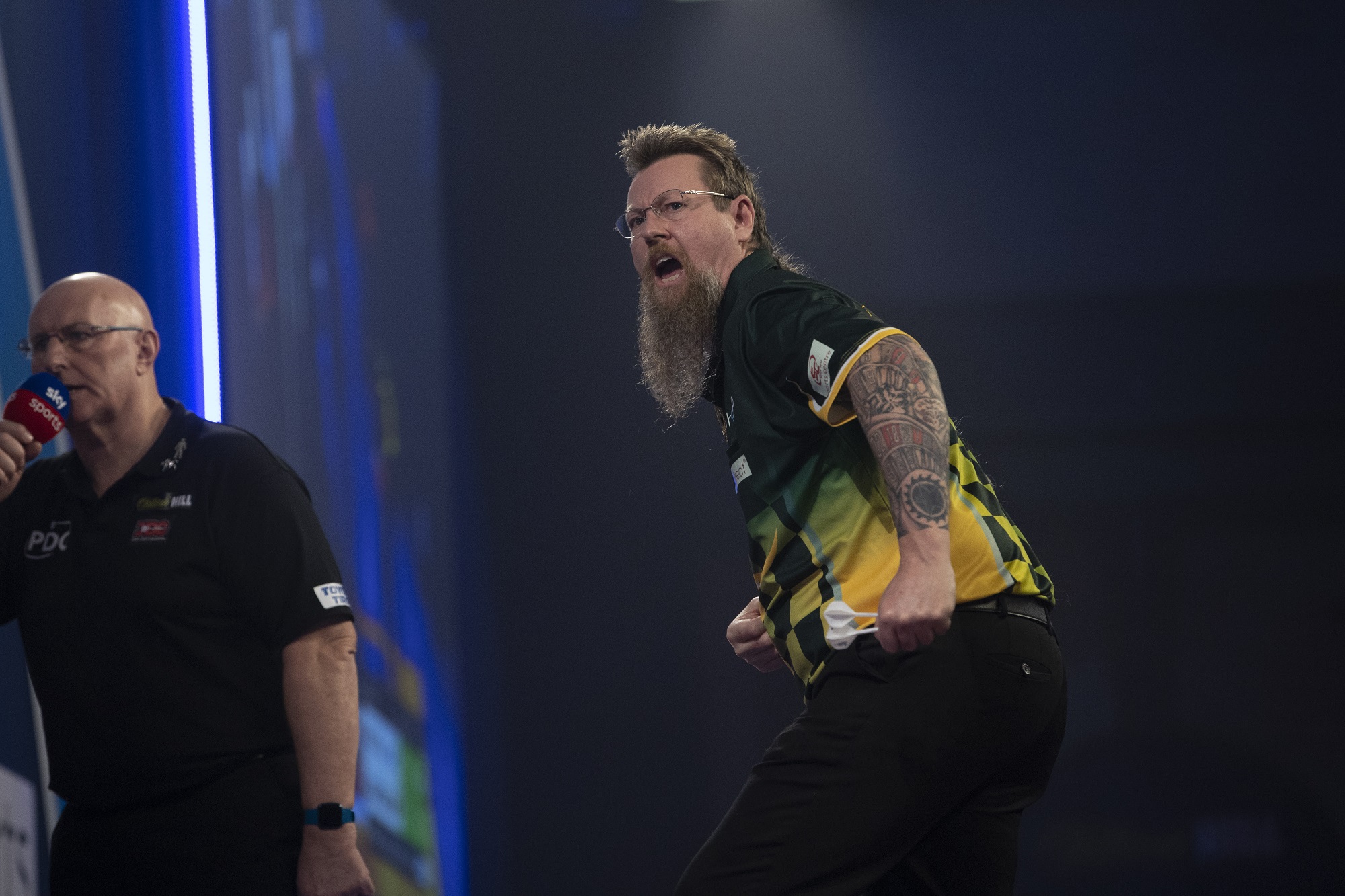 Simon Whitlock was in confident mood following his round two victory over Darius Labanauskas at the World Darts Championship.

Speaking after the win. The Wizard said: “There’s no better than me right now, no way.”

“I believe I can play as good as anyone”

Whitlock fired in 10 180’s, nine of those coming in the last 12 legs, in what was one of the best games of round two.

The Australian was feeling very positive with how he is playing and his new equipment. “I’ve got brand new darts, I’ve only practised with them twice.”

“I’m working hard, I’m just believing again. When I’m comfortable with my darts and my equipment, it’s when I play my best.

“I believe I can play as good as anyone. I have taken out Michael [van Gerwen] three times in a row on TV.”

Simon Whitlock’s third round opponent at the World Darts Championship is a match up with the Polish Eagle, Krzysztof Ratajski.

The Wizard is looking forward to the match and believe’s he needs to find his scoring to the better of his opponent.

“I’m full of confidence. I need to power score against Krzysztof, He’s a good scorer and finisher.

“He’s tough. I got him at the World Cup and i’m sure he will want to get me back.”