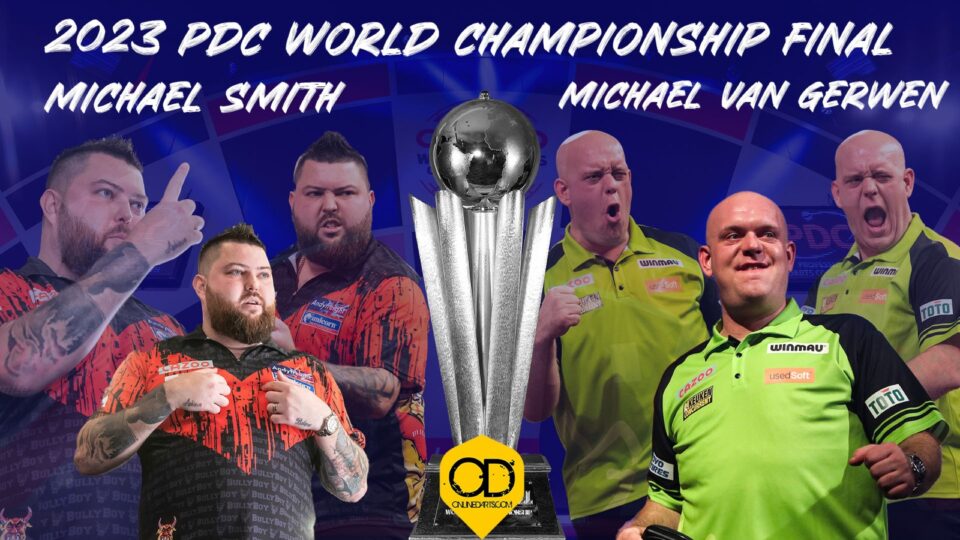 Van Gerwen defeated Dimitri Van den Bergh 6-0 with a remarkable performance, while Smith beat Gabriel Clemens 6-2 to take their place in the sport’s showpiece occasion. It’s a rematch of the 2019 World Final, which Van Gerwen won 7-3.

It’s the sixth time that MvG has made the final of this event, while this will be the third time Smith will play in the big match.

Coming into this game, MvG had lost just two of the previous seven semi finals he’d be in at this event. Now, he’s made it two from eight against The Dream Maker, who was playing in his first last four game at Alexandra Palace.

Despite a Big Fish 170 outshot from Van den Bergh to break in the third leg, MvG broke back before an 11 dart hold gave him the opening set. A whitewash second set in 45 darts saw The Green Machine double his advantage.

It was another whitewash set for van Gerwen in the third set, which featured a 170 checkout from the three time World Champion and words exchanged between the pair. The Dream Maker tried to respond in the fourth, forcing a deciding leg in it. Both missed darts for the set, but a double five from Mighty Mike saw him go two away.

A 13 darter, and back to back 11s gave The Green Machine another whitewash set, before three 13 dart legs finished the whitewash off. MvG finished off the game with a 108.28 average and 18/31 on the outer ring.

Despite the 6-2 scoreline, it was anything but a comfortable victory for Bully Boy, as Clemens pushed him all the way to the delight of the 800 or so German fans inside Alexandra Palace.

A stunning first set which saw six 180s went to a deciding leg, where Smith pinged a 106 outshot to go into the lead. Back to back 11 darts gave him a 2-0 lead in the second set, before he missed set darts in leg four. Clemens, who’d won the third leg, hit a 70 to equalise. Both missed set darts in leg five, but it was the German Giant who levelled the match on double 16.

The third set also went to a last leg, where both players missed tops for it. Smith though came back to find it and retake the lead. Another deciding leg occurred in set four, but Gaga held his nerve, finding double 10 to level an excellent contest.

Bully Boy then started to take control of the match. In the fifth set, whitewashing his opponent in 40 darts to go ahead once more. Then, in the deciding leg of the sixth, he found a crucial 83 outshot on the bull to move two sets clear.

The biggest moment of the match came in the seventh set. In other deciding leg, Smith pinged double eight to go within one of the match. After breaking with an 81 shot in the third leg, the Grand Slam champion took out 58 on tops to reach his third World Darts Championship Final. He finished the match with 19 180s, with the match in legs ending up 22-15.