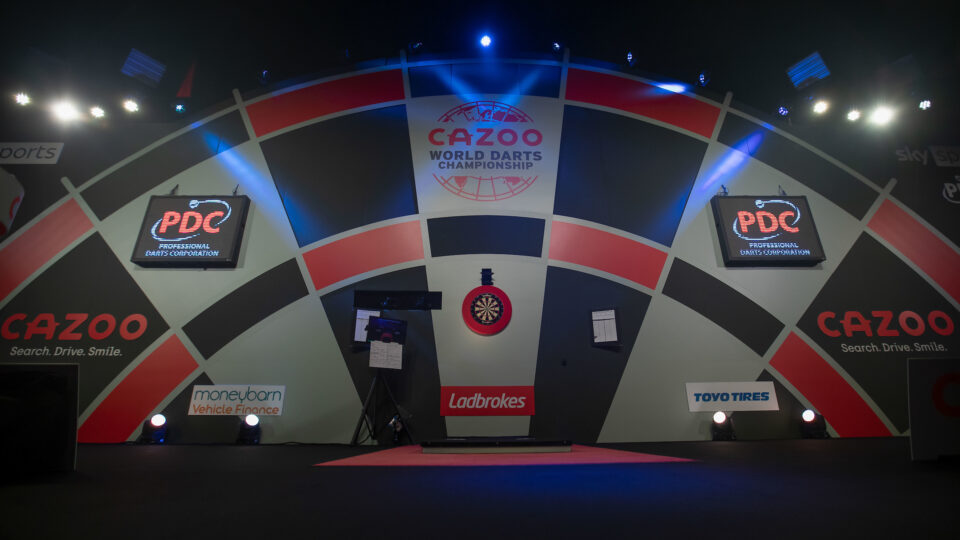 We’re now down to four players left at the PDC World Darts Championship.

Two of the players involved have experience in making and winning semi finals. For the other two, this is their first attempt to reach darts’ biggest event.

Here, we look ahead to both semi finals.

Clemens takes on Smith in semi final one

If you had Gabriel Clemens coming out the first quarter of the draw, please give us the lottery numbers.

Tipped by a few to be a seed in danger in round two, the German Giant has defied that tag and then some. Wins against Willie O’Connor, Jim Williams and Alan Soutar got him into the quarters, before last night’s thumping of number one seed Gerwyn Price saw him become the first ever German player to reach this stage of the competition.

He takes on Grand Slam champion and number four seed Michael Smith. Smith, who was runner up in this event 12 months ago, has been pretty consistent most of the tournament. Wins over Nathan Rafferty, Martin Schindler, Joe Cullen and Stephen Bunting have got him back into the semi finals.

These two have met on TV earlier this year, at the UK Open, where Bully Boy got the better of The German Giant 10-8 in round five. Now however, the stakes are far higher. Both have been scoring and finishing extremely well, but can Smith make it into the showpiece match for a second straight year? Or will it be a landmark moment for Clemens, the extremely strong German contingent at Alexandra Palace, and for a key area of growth for the PDC?

Dimitri Van den Bergh has also made history this year at Alexandra Palace. Victories against Lourence Ilagan, Krzysztof Ratajski, Kim Huybrechts and Jonny Clayton have seen him become the first Belgian to reach the semi final of this event.

MvG is the tournament favourite for good reason. He’s averaged over 100 in each of his four games, the only player left to have done so. In addition, he has won four TV titles this year, including the Betfred World Matchplay, where he beat Van den Bergh in an epic semi final.

The Green Machine also beat The Dream Maker in November in the last 16 of the Players Championship Finals, eventually lifting that title as well. Van den Bergh is yet to beat Van Gerwen on TV, so will that record change tonight? Or will it be another step towards a fourth world title for Mighty Mike?