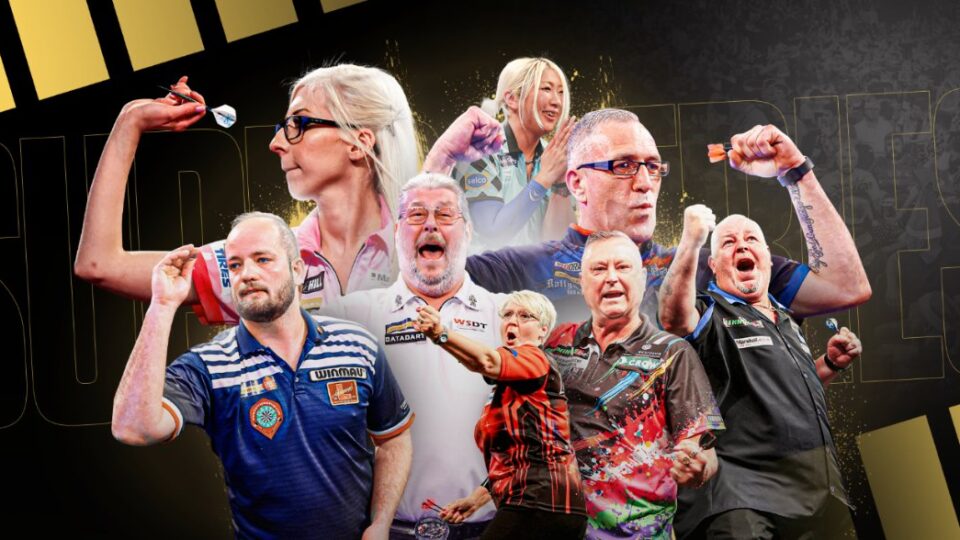 Hosted at a top-spec, purpose-built location in Portsmouth, the MODUS Super Series will see more than 30 hours of matches broadcast LIVE Monday to Saturday every week, currently available on Sporty Stuff TV (SKY 437, Freesat 250, Freeview 264 and online at sportystuff.tv), with players competing for a share of over £1m on offer per year.

The MODUS Super Series have partnered with iGame Media in utilising their sophisticated technical delivery and broadcast capabilities to the market, supporting Ultra Low Latency streaming and broadcast grade quality content, by utilising our brand-new multi-camera footage supplied via 4k cameras to capture every moment and every throw in ultra-high definition as standard.

The MODUS Super Series is open to non-PDC (Professional Darts Corporation) Tour Card holders over the age of 18 and legends from the sport, with Lisa Ashton, Jarred Cole, Neil Duff, Kevin Painter, Mikuru Suzuki and Thibault Tricole among the other well-known names. The roster of commentators and presenters features Paul Nicholson, Mark Webster, Chris Mason, Chris Murphy and Abigail Davies.

Each week, 12 players compete in a series of group matches on Monday to Friday, with six qualifiers facing off in front of a live audience at Finals Night on each Saturday evening. After 13 weeks, the 12 previous weekly winners compete in Champions Week to be crowned the MODUS Super Series champion and receive a £20,000 champion’s cheque.

The subsequent Series then begins immediately from week one, ensuring participants benefit from a non-stop cycle of high-quality tournament play all year round.

“Darts is a sport with global appeal and a hugely passionate following,” said Billy Lovell of MODUS Events and Management. “The addition of the MODUS Super Series to the calendar guarantees must-watch action as a far larger number of players will now feature regularly at the top level. They will also gain crucial experience in front of a TV and live audience, potentially earning prize money that could bridge the gap to going full-time pro.”

Fallon Sherrock added: “There is a real buzz among the players about the launch of the MODUS Super Series. It’s an amazing venue and the Series will increase competition among non-PDC Tour Card holders, bringing the chance to regularly play at a higher level for significant prize money.”

“iGame Media are delighted to collaborate on the MODUS Super Series in delivering sophisticated technical solutions to the sportsbook and broadcast space, allowing us to bring to market a truly agile and real time streaming and data solution,” said Chris Cousin, iGame Media Commercial Director.

The MODUS Super Series is a successor to the Online Darts Live League. Launched in 2020, it grew from a COVID-era, play-at-home darts tournament to a made-for-TV, studio-based competition that ran for two years.