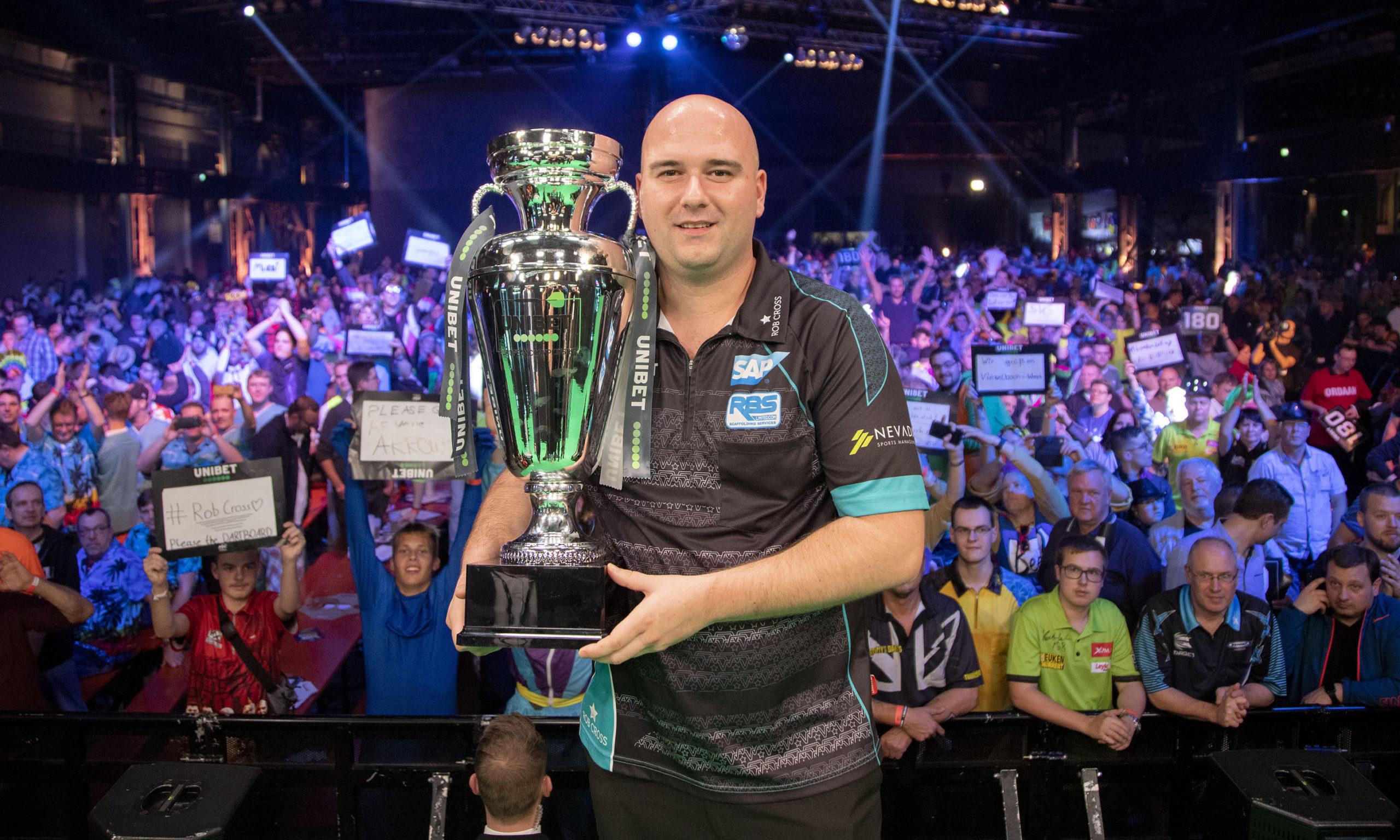 The draw for the 202 PDC European Darts Championship has been finalised, following the conclusion of the 2020 Euro Tour. With the 32 man field heading to Oberhausen in Germany all fighting to be crowned king of Europe.

Defending champion Rob Cross has been handed a tricky looking tie with the dangerous Dutchman Martijn Kleermaker. Voltage’s form has been indifferent this year, and if Cross isn’t at his very best, then it could well be a short defence of his title.

The final Euro Tour of the season was won by Joe Cullen, who will now be seeded one of the European Championships. The Rockstar won his second Euro title in Reisa after defeating Michael van Gerwen in the final. Cullen will face William O’Conner in the opening round in Oberhausen. O’Conner was 33 on the order of merit but due to Glen Durrant nit be able to compete the Irish star gets the chance to play.

Durrant will be absent due to testing positive for COVID19 last week. This will be a bitter blow for the recent crowned Premier League Champion, who will have been eyeing more PDC glory.

World Number One Michael van Gerwen has won this title on four previous occasions and will start as the number five seed. MvG hasn’t won this title for two years so will be looking to put that right. Will, he is a different question, as the green machine’s form as been up and down making it very hard to call right now.

The number seed Gerwyn Price will start his quest for another TV title against Kim Huybrechts. At the same time, World Champion Peter Wright has a tricky looking tie against Gabriel Clemens. We haven’t seen Wright play since the Premier League finals night when Nathan Aspinall beat him. If Price and Wright were both to win, it sets up a blockbuster round two tie between the pair.

The PDC will confirm the full schedule in due course. No matter which way round the games are, that 16 match session on Thursday will be one to remember.

CLICK HERE ON HOW YOU CAN STREAM THE EUROPEAN CHAMPIONSHIPS 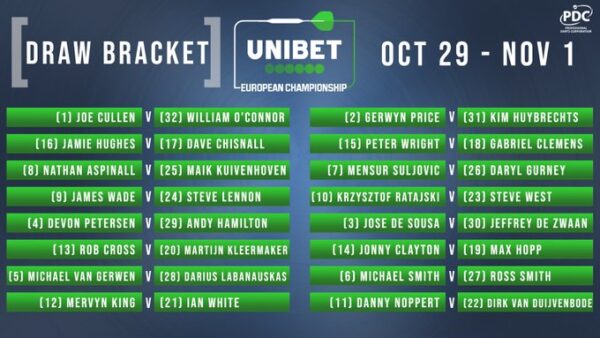