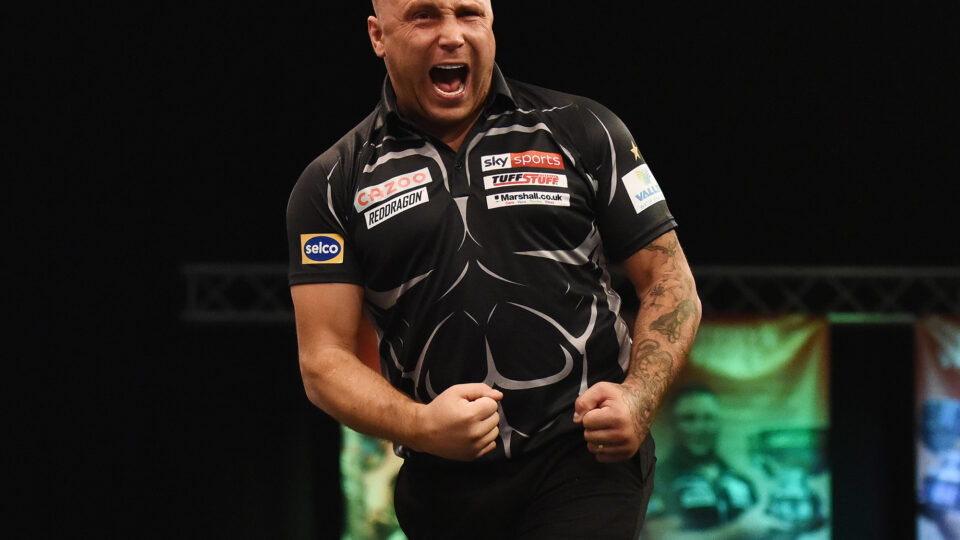 Day two at the 2021 Grand Slam of Darts will see all the 32 players in the field play once again.

With all the games first to five legs, the short sharp format could see plenty of upsets take place throughout the day.

Here’s what to look out for on day two of the 2021 Grand Slam of Darts.

World number one and World Champion Gerwyn Price is one of the big names to play in Saturday’s first session. He takes on Krzysztof Ratajski.

Brooks, the World Youth Champion, takes on the man who’s won four titles on TV this year,  Jonny Clayton. In that group we will also see. Rusty-Jake Rodriguez, who earned twice as much as everyone else on the European Development Tour, take on Mervyn King in a must win game.

In Group A we will also see, Martin Schindler take on Nathan Rafferty to open up the days action. Elsewhere, James Wade takes on Boris Krcmar and Rob Cross plays Jim Williams in Group C.

In Group D, Chris Dobey and Stephen Bunting know a win in this still gives them a good chance of qualifying for the knockout stages. Also in Group D, one half of the Austrian World Cup of Darts team in Rowby-John Rodriguez takes on Ryan Joyce.

Sherrock, Ashton and Van Barneveld know they need a win in the night session

The two qualifiers from the PDC Women’s Series are among a start studded line up on Sunday night but will need to bounce back from big defeats on Day One.. Fallon Sherrock takes on Mike De Decker in Group E, while Lisa Ashton takes on one half of the Scottish World Cup of Darts team in John Henderson.

Elsewhere in those groups, Gabriel Clemens v Peter Wright in Group E will be the penultimate game of the evening session in Wolverhampton. With the PDC potentially saving the best till last as Joe Cullen takes on Michael van Gerwen.

The Barney Army will need to be in full force, as Raymond needs the two points against Joe Davis in Group H. Also in Group H, we see Michael Smith take on his former mentor in Gary Anderson.