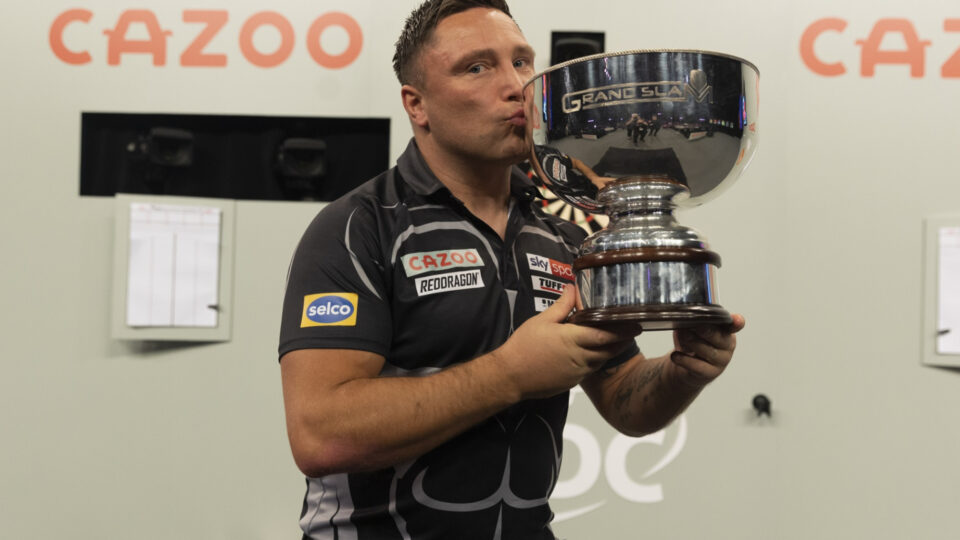 Prior to the competition in November at the Aldersley Leisure Village, the qualifications for the 2022 Cazoo Grand Slam of Darts have been made official.

From November 12 to 20, Wolverhampton will host the illustrious 32-player competition, which will feature the best stars in the sport competing for the coveted Eric Bristow Trophy.

The 16 berths in this year’s Grand Slam will be filled by the winners of PDC televised events throughout a 12-month period, and 11 of those positions are presently occupied.

After leading Australia to their first-ever Cazoo World Cup of Darts victory in Frankfurt earlier this month, Damon Heta and Simon Whitlock will also compete.

Michael Smith, who finished second in the World Championship, has already qualified, along with Dave Chisnall, Ryan Searle, and Jonny Clayton.

The Grand Slam winner in 2020, Jose De Sousa, has yet to schedule his Wolverhampton comeback, and James Wade and Gary Anderson are also striving to maintain their ever-present records in the competition.

Winners from the 2022 PDC European Tour and later Players Championship events, however, might also secure Grand Slam credentials if the 16 spaces are not filled from the televised tournaments.

Before the 32-player field is finished with a further eight qualifiers on November 6, an additional eight players will enter through the PDC Tour Card Holder Qualifier.

Ted Evetts, the current World Youth champion, and Nathan Rafferty, last year’s runner-up, have both verified that they have qualified, while Leonard Gates, the winner of the North American Championship, will compete in his first PDC Premier event.

The trio will be joined by the Challenge Tour, Development Tour and Women’s Series Order of Merit winners, as well as the inaugural Women’s World Matchplay and PDC Asian Championship winners.