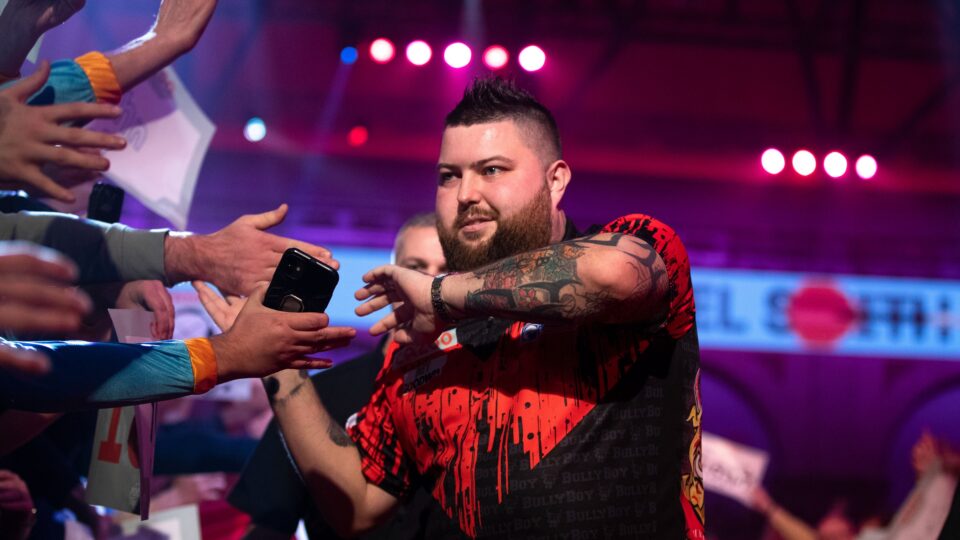 Michael Smith will compete in his first competitive match as World Champion on Thursday when he takes on local qualifier Abdulnasser Yusuf in the first round of the Bahrain Darts Masters.

The PDC’s World Series of Darts makes its first visit to Bahrain this week, in collaboration with the Bahrain Tourism & Exhibition Authority, with the first of five international events taking place in the Dome at the Bahrain International Circuit on January 12-13.

The eight PDC stars will face eight Asian representatives in the first round on Thursday, including two local qualifiers from Bahrain who will be making their TV debuts.

Smith, who won the world title at Alexandra Palace last week, will face Yusuf in

Basem Mahmood, a banker from Manama and a fellow Bahrain qualifier, has matched up against former Premier League champion Jonny Clayton at the Dome.

Gerwyn Price, the current World Series of Darts Finals champion, will compete against Singapore’s veteran star Paul Lim, who is making his big-stage comeback at the age of 68.

Alain Abiabi, who is making his TV debut in Bahrain, and Dimitri Van den Bergh will square off to kick off the tournament.

Man Lok Leung, a 23-year-old from Hong Kong, will be Luke Humphries’ opponent in his debut on the World Series of Darts circuit, while India’s Nitin Kumar will be Rob Cross’ opponent.

The Bahrain Darts Masters was introduced on Tuesday night with the help of local media and representatives from the tournament’s sponsors, Bahrain International Circuit and CBX.

The Bahrain Darts Masters concludes on Friday with the quarterfinals, semifinals, and final in one extended session following Thursday’s first round.