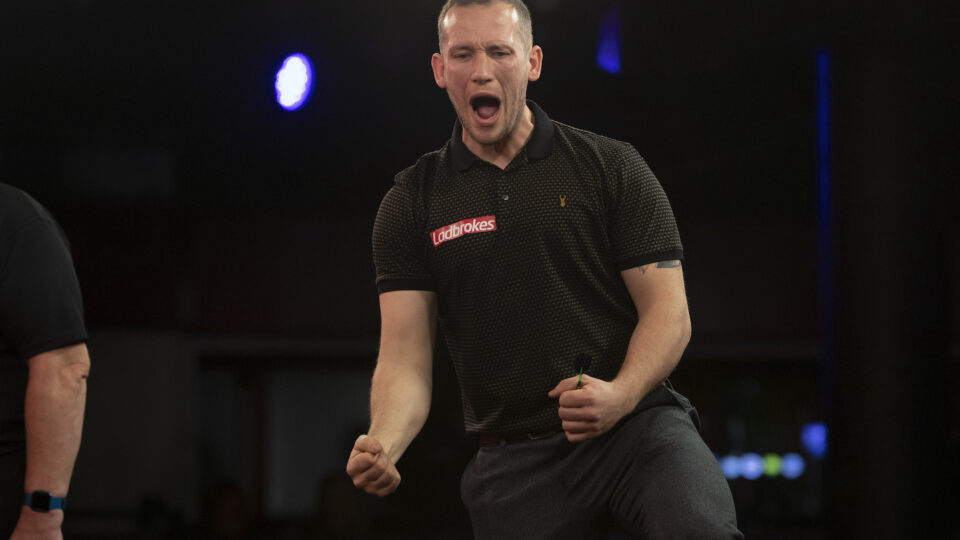 Arron Monk and Jeffrey Sparidaans became the first players to win PDC Tour Cards at the 2023 Qualifying Schools on Thursday.

With Stage One complete on Wednesday, we had our confirmed 256 players to compete in Stage Two and the first of four days trying to qualify for a place on the PDC tour began in Milton Keynes and Wunderland.

2011 World Youth Champion Aaron Monk was victorious at UK Q School in Milton Keynes to regain his place on the professional circuit for the first time since 2019.

Monk, who first burst onto the scene in 2010, defeated Dom Taylor 6-3 in the final to secure his place as a PDC professional for a minimum of two years.

The 32-year-old posted averages over 95 in wins over Cliff Prior and Luke Smith en route to the quarter-finals, where he whitewashed Mark McGeeney 6-0.

This was followed by a 6-1 rout of Stephen Burton in the semi-finals, before he averaged 94.6 to defeat Taylor and seal his Tour Card.

Elsewhere at the Marshall Arena, Fallon Sherrock reached the quarter-finals for the first time, while former World Championship runner-up Andy Hamilton also made it as far as the last eight.

Sparidaans won a Tour Card for the first time on just his second Q School appearance.

The Dutchman, whose only PDC experience came at 2020 Q Schools, defeated former Tour Card Holder Maik Kuivenhoven in the last 16, before averaging 101.62 in his semi-final win over Jacques Labre.

Sparidaans scored a 6-2 victory over veteran Ronny Huybrechts in the final to book his place on tour in 2023 and 2024.

Friday will offer a further chance for players to win Tour Cards. In addition to the daily Tour Card winners, a further 19 Tour Cards will be awarded on a pro-rata basis to players from the respective UK/European Qualifying School Final Stage Orders of Merit following Day Four – ten in Europe, and nine in the UK.

Our Q School coverage will return tomorrow on our YouTube Channel