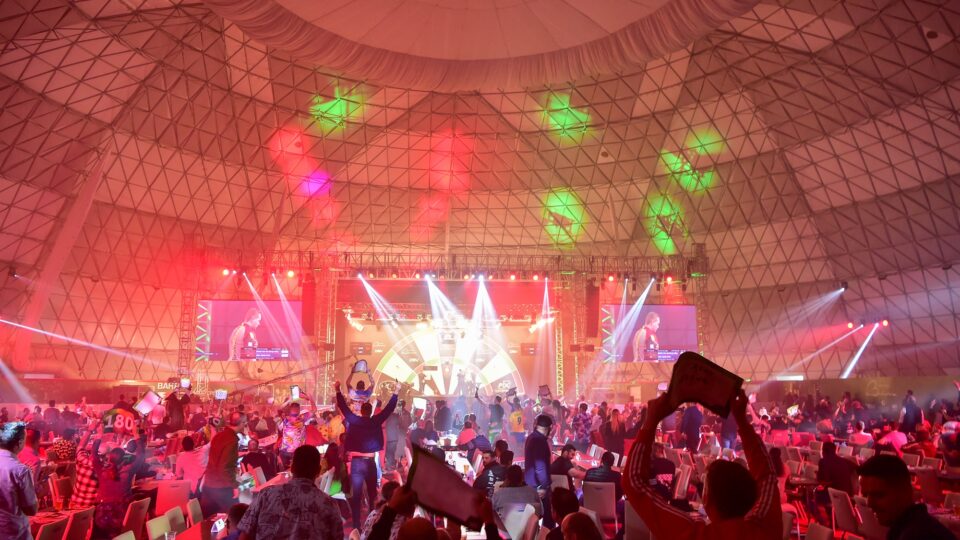 The big names were put to the test as the Bahrain Darts Masters got underway on Thursday, while Michael Smith made a strong start as World Champion.

The first World Series of Darts event of the year pitted eight top PDC stars against eight Asian representatives at the Bahrain International Circuit on the first of two days of competition for the specially-designed Date Palm trophy and a £20,000 top prize.

All eight PDC stars advanced to Friday’s final stages in the first round, but the growing strength of the sport in Asia was demonstrated by several stars’ challenge to push their big-name opponents all the way.

Wright, a two-time World Champion, delighted the Bahrain crowd by wearing the national flag pattern on his shirt and head, but he had to fight back to defeat Japan’s Toru Suzuki 6-3.

Despite a valiant effort from Suzuki, Wright wore the distinctive red-and-white flag and rose to the occasion on the event’s debut at the Bahrain International Circuit.

The Japanese ace, a two-time World Championship qualifier, came back from a leg down to lead 2-1 in a strong start, only to blow a two-leg lead in the fourth leg.

Wright pounced to tie the game and then won four of the next five legs to advance to the quarter-finals against Rob Cross.

“I enjoyed it,” said Wright. “The outfit is down to Jo, and everyone appreciated the outfit and my hair – even on the way to the venue there were cars beeping to us when they saw me.

“It’s good to be pushed and I’m happy to get through the game. We all know that the players who have come through the Asian Tour are getting better every year, and every country we go to they’re improving.

“I’ve got a difficult game next against Rob Cross, who played really well last year. It’s good to be in Bahrain and I’m looking to try and win the beautiful trophy tomorrow.”

Dimitri Van den Bergh, who won the World Series in Copenhagen and Amsterdam last year, came back from 4-1 down to tie the match at five-all before missing a match dart at tops in the deciding leg.

Van den Bergh landed eight 180s and missed double 18 for a nine-dart finish, but the Philippines thrower took out 103 and a 14-darter during his brave challenge.

In other results, Luke Humphries defeated Hong Kong’s Man Lok Leung, who impressed with an 11-darter in some strong early darts.

Humphries took advantage of seven missed doubles by Leung over three legs to take a 5-3 lead before reeling off a fifth straight leg.

Price, the reigning World Series of Darts Finals champion, began his quest for a second global title with a 6-2 victory over Singapore’s Paul Lim.

Lim won the first leg, but Price ended a run of five straight legs with 112 and 124 checkouts, and after the veteran star took leg seven, he sealed the victory with a superb 139 combination.

“I thought I played a decent game and was pretty clinical,” said Price. “I slipped up in a couple of legs but Paul played pretty well and was quite steady.

“Hopefully I’ll improve tomorrow – the big checkouts were there but I need to up my scoring. The crowd were great and I love doing well in these World Series events and promoting the sport all around the world.

“If I can win tomorrow, it also gives you confidence for the rest of the tournaments.” 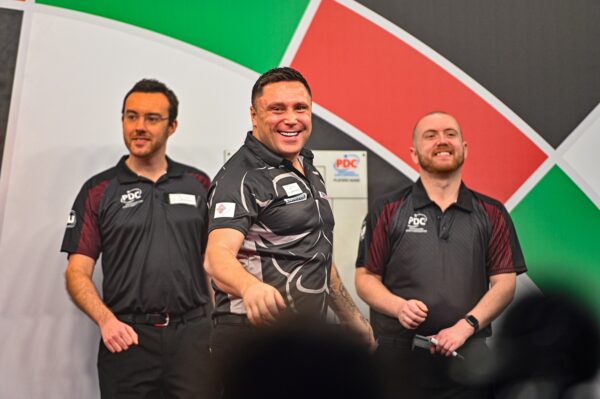 Smith, the new World Champion, averaged over 98 and finished with a ten-dart finish in his 6-1 victory over Bahrain qualifier Abdulnasser Yusuf.

“I had goosebumps on my walk-on and I enjoyed it,” said Smith. “It felt different hearing John McDonald introducing me as World Champion and world number one.

“I was a bit nervous up there but I managed to find my feet. Dimitri will be up for it tomorrow but I just want to keep winning.”

Clayton finished 96, 134, and 122 in the first four legs, capitalising on Mahmood’s late misses to advance to an all-Welsh quarter-final tie with Price.

Former World Champion Cross defeated India’s Nitin Kumar 6-2, opening the tie with a 140 checkout and racing to a 4-0 lead before winning.

Raymond van Barneveld defeated Japan’s Yuki Yamada 6-2 in a resounding return to the World Series of Darts stage, setting up a quarter-final meeting with Humphries. 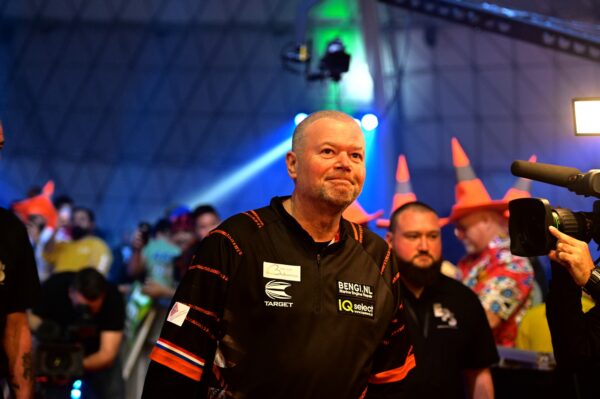