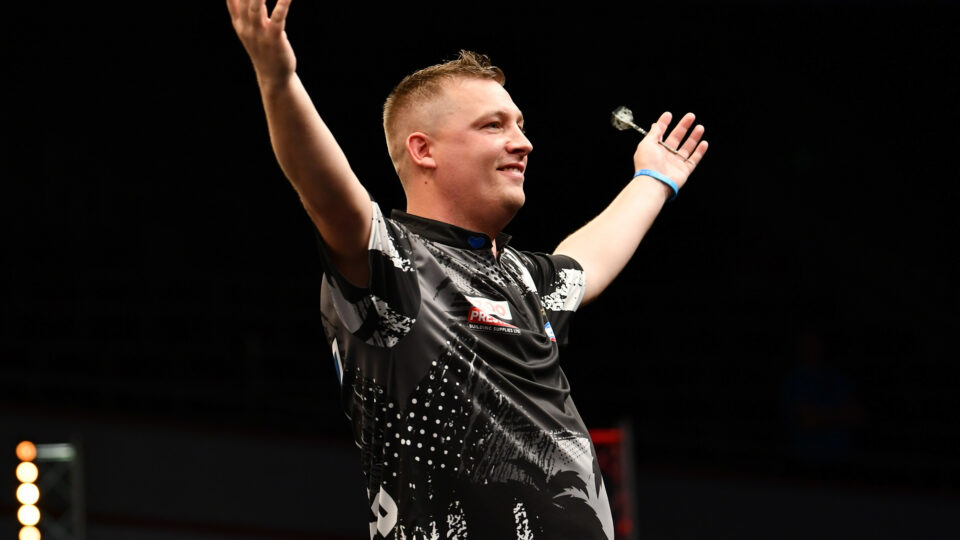 Chris Dobey on the importance of not falling after beating van Gerwen “ It’s massive. Everybody seems to fall after they’ve played Van Gerwen”

We have seen so many players lose the next round after defeating Michael van Gerwen and Phil Taylor in years gone by. Dobby backed up his win over the world number 3 as he dumped Jose de Sousa out of the European Championship.

Hollywood knew the importance of the result when we spoke to him last night.

“I felt like I started strongly and I needed to because he’s a power scorer and as long as my scoring was there at the start of the match with a 177 so you can only go one better than that. I was happy with the game, doubles went in and I think I hit double 20 halfway through the game so I’m delighted.

“The likes of Jose, Chizzy, Michael Smith are massive power scorers so you’ve got to follow them no matter what. They’re always going to give you chances on the doubles. I think I put myself up with them in the scoring wise so as long as I keep with them I’ve always got the chance.”

“It’s massive. Everybody seems to fall after they’ve played Van Gerwen but I’m just happy with the way I’m playing now, another decent performance I think.”

“I slept a lot later, had to go through a lot of messages from family and friends back home supporting us through thick and thin. I’m just delighted to get another win there and follow my dreams.”