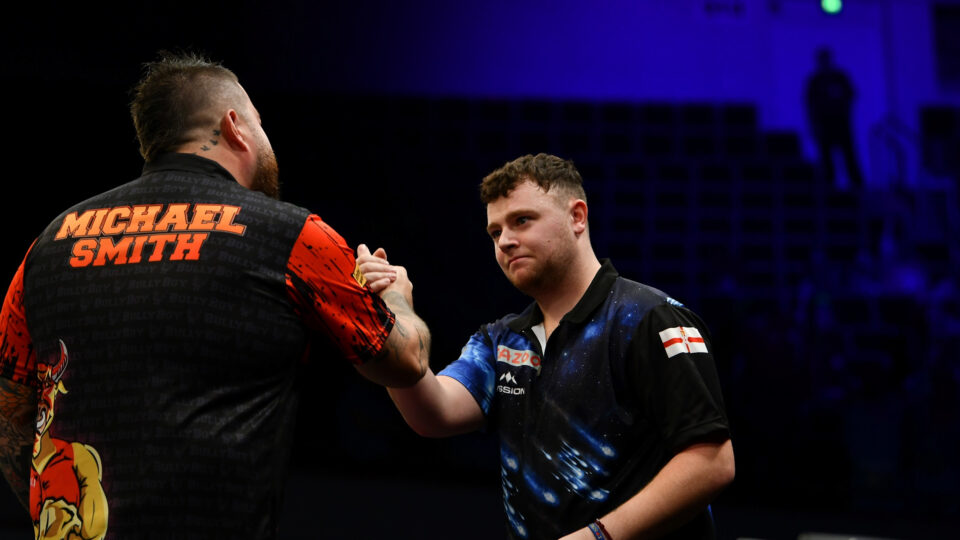 Smith was involved in one of the matches of the year, where he edged out the man on everyone’s lips Josh Rock.

Speaking after Smith was full of praise for the young man from Northern Ireland, but also reminded everyone that he is world number four for a reason.

Rock was the bookies’ favourite for his opening-round tie against Nathan Aspinall and against Smith. Both of the outsiders were the higher-ranked players

“Being 2-0 down in that match, I’d missed two darts at 90 and I think that 61 on the bull, it happens but I just know that I’ve got the game to come back. He was very hard to play, luckily I managed to do it in that second session. Going in at 5-5, I knew as long as I held my throw and he held his, it was all square no matter what,”

“It was about holding your throw again and then at 9-9 doing what you can do. The 180 in the eighteenth leg, I walked with it. I didn’t want to throw it because I didn’t want to waste a 180 but he missed and having that shot at 121 was unreal.”

“It’s like when I play Gezzy, I just don’t want to get involved. Let him do what he wants and wait for the right moment and that right moment was bull.

“Even on Thursday, he was favourite against Nathan and then favourite against me, I thought I’ll show you favourite. Them games are special, it’s special being involved in them. That kid is going to be around for a long few years, us old boys have still got it. I’m World Number Four for a reason and I’ve got to keep playing well and focusing.”

“I’ve been on TV for the last 10 years, I know what I’m doing. Unlucky enough it didn’t faze him and I had to find my A game from somewhere.”