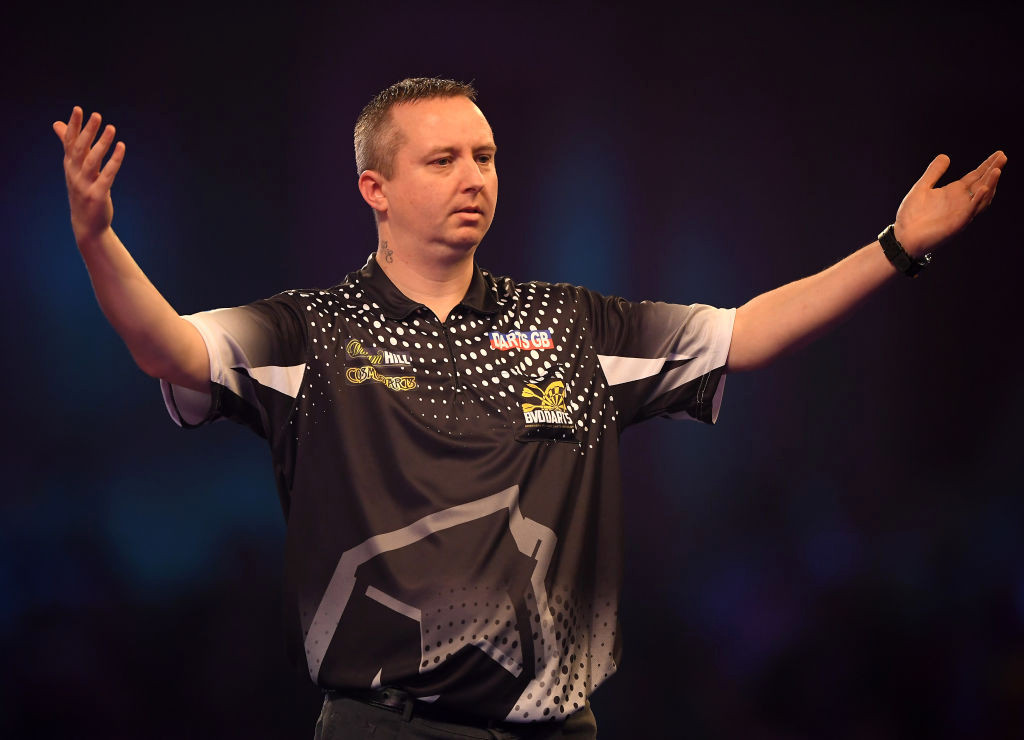 The final day of this week’s MODUS Sports Icons of Darts Live League, all eyes were on Ritchie Edhouse as Edhouse looked to emulate Martin Adams in the other group and make it a hat-trick for titles.

With the way the fixtures planned out, Edhouse would only have to play one game before lunch. That one game would be against Adam Huckvale, in match number four. Edhouse would have to survive a massive scare in his quest for glory. Huckvale was in charge of the game, but couldn’t take the chances that his play created. It was Edhouse who came from behind to win the last leg decider to win 5-4.

After the lunch break, Edhouse would first play former world champion, Scott Mitchell. Edhouse was quicker out of the blocks than Mitchell and raced into the lead. Mitchell rallied but wasn’t enough as Edhouse would go on to win 5-3.

Race For The Title

The Mitchell result seemed to settle Edhouse, as in the next three matches he went through the gears. Against Mark Webster, it was the performance of the day from Edhouse, as he won 5-0. It was the manner of the performance that impressed, as Webster was in great form. Edhouse did the right things when it mattered, giving Webster no chance.

Edhouse would also sweep aside Mike Warburton in a 5-1 win. In truth, Edhouse was never tested in that game, as he coasted to victory. Because for Edhouse’s leg differences, going into the last match against Keelan Kay he would only need one leg to win the title.

That one leg that Edhouse needed didn’t take long in coming, as he won the first leg of the match. From there knowing he was champion Edhouse played with freedom. Winning the league in style, with a 5-1 win and winning five from on the day.

Edhouse was a class above this week, winning all three titles leaving the rest in his dust. The MODUS Sports Icons of Darts Live League returns Monday at 10.30 am.