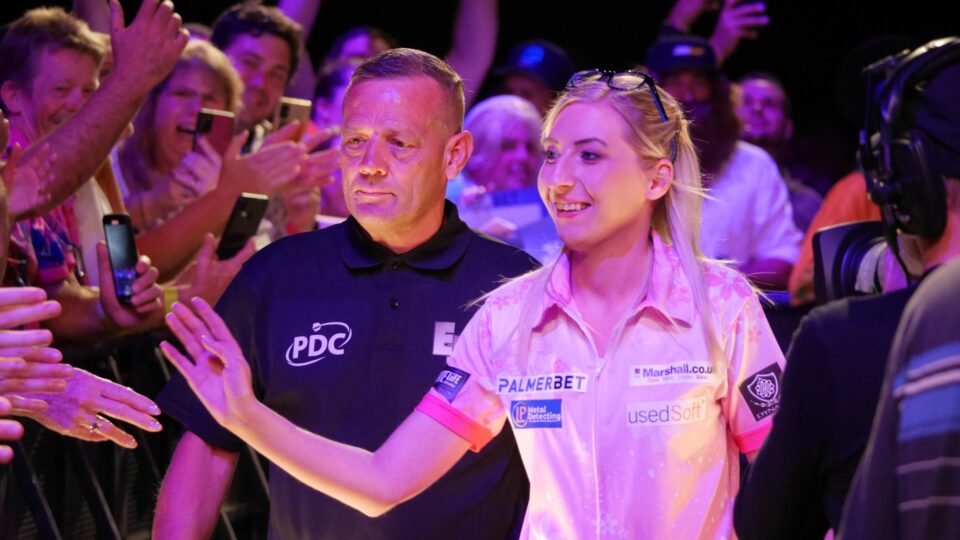 Fallon Sherrock on the weight of expectation on her shoulders

After defeating Mal Cuming 6-3 at the New South Wales Darts Masters, Fallon Sherrock finally secured her first World Series victory in Australia, and the Queen of the Palace was relieved. Sherrock acknowledged the pressure that comes with being involved, as well as how to handle the hostility and criticism.

Very time Sherrock plays in PDC events there is a level of criticism on social media about her inclusion, due to the fact that she doesn’t have a tour card. Some see that her involvement is taking an opportunity away from other members of the 128.

Sherrock opens up about dealing with the negativity around when she plays, and how she now hopes that after winning she will be able to relax and play her own game.

“I’m just happy that I actually got the win. I didn’t want to come all the way over here and not get a win as I know what I’m capable of,”

Of course with Sherrock being involved, the pressure is there and she spoke about dealing with that as well as the negativity and criticism.

“If I were to say no that I haven’t been feeling the expectation I’d be lying. I feel like the whole world is on my shoulders at the moment. I think my game at the moment, I just need to try and relax. I’m just happy I got the win tonight.”

“The weather’s different, one place is cold, one place is hot. Seeing the animals, I haven’t died yet so we’re alright. I haven’t been eaten by a spider so we’re doing really well. It’s a beautiful country and I’m happy I’ve got the privilege to see it.”