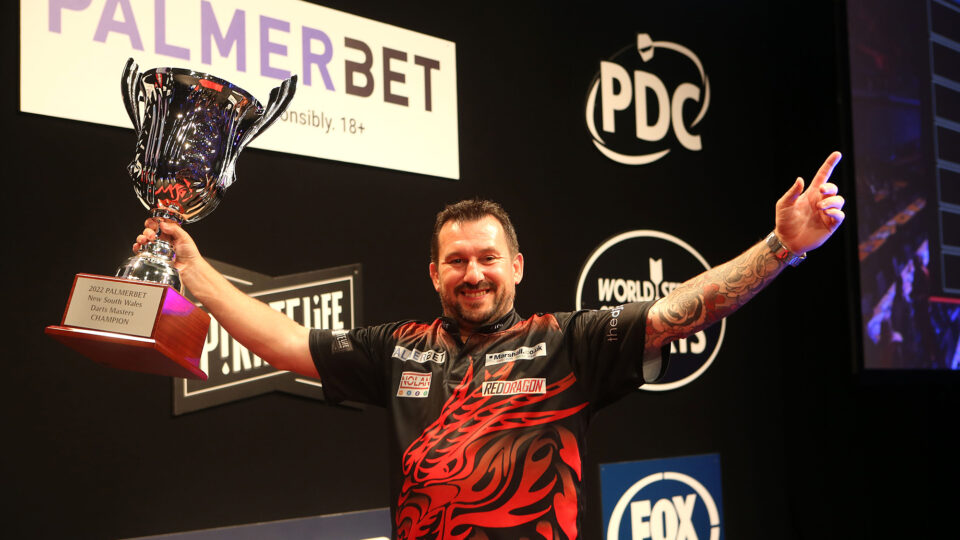 4,000 spectators packed the WIN Entertainment Center to watch Clayton win his first championship of 2022 after defeating Wade handily 8-1 in the championship match on Saturday.

Both of the former World Series Finals champions were battling for their first World Series circuit victories when Clayton seized an early march and established a 3-0 lead.

Wade opened his account after his first maximum with a signature ton-plus finish, but Clayton quickly restored his three-leg advantage with a 14-darter, which he then followed with a 120 checkout to take the lead at 5-1.

The Welshman didn’t let up and increased his lead to 7-1 before securing the deal spectacularly and winning the £20,000 top prize with a 160 finish.

“This means a lot to me,” said an emotional Clayton, who surrendered just six legs on Finals Day to secure his second World Series crown.

“I knew I needed to keep James under pressure because we all know what James can do, and luckily for me I kept him under pressure.

“Hopefully this can kick-start the rest of my year. Last week I didn’t turn up, but I lost to a much better player, and now I’m looking forward to next week.”

Clayton advanced to the semifinals earlier in the day with a valiant 6-4 triumph over third seed Michael Smith, finishing with a superb 136 to guarantee his advancement.

The Welshman then easily defeated Joe Cullen 7-1 to advance to Saturday’s championship match, exacting revenge for his loss to the Yorkshireman in the Cazoo Premier League semifinals in June.

Wade, who had not won a PDC championship since March 2021, put up some excellent performances in the final rounds of the tournament on Saturday, thrashing first seed Dimitri Van den Bergh.

The ten-time TV champion punished the Belgian’s careless performance by hitting four 180s, eliminating 127 and 104 checkouts, and earning a spot in the last four.

In the semifinals, the left-hander eliminated world number one Gerwyn Price with a brutal display of combo finishing.

Wade began the match with a magnificent 140 outshot, then won the next three legs to secure a decisive 7-3 victory and a spot in the first Australian final since 2015.

“I just got smashed to pieces by Jonny,” reflected a candid Wade post-match.

“I’m really disappointed with how I played in the final, but Jonny is one of the few players I don’t mind losing to.

“I didn’t play anywhere near Jonny’s level and he did what he needed to do. The only thing he did wrong was lose a leg!”

In other matches, Price defeated Fallon Sherrock in the quarterfinals with his second-highest televised average, averaging 109.98, hitting four 180s, and making six of his nine double attempts.