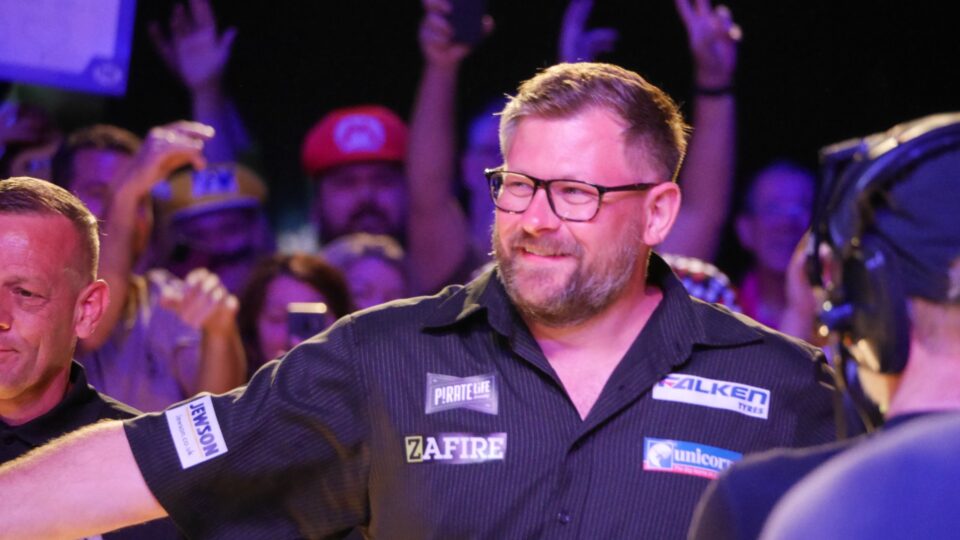 At a special time for his family, James Wade has travelled around the world to play in the 2022 PDC World Series. The Wade family were blessed when the arrival of their second child happened just days before flights to Australia were due to take off.

Talking after his victory in the opening round of the New South Wales Darts Masters, Wade opens up about the decision he and his family made in relation to the PDC World Series.

“I would say apart from Damon (Heta) and Simon (Whitlock), I’ve been out here more than any other dart player in it. There is some magical things about Australia, mostly for me would be their fishing. Me and Michael managed to nick a fishing trip but there’s worse places to be. I realise how lucky I am and how fortunate I am to be involved in the whole thing but it probably couldn’t have happened for me at a worse time personally.”

“Darts is my job and that comes first and that’s a reason why we prosper and see the rest of the world is because we make sacrifices and for this World Series, I’ve made the ultimate sacrifice. I think that was acknowledged and I think that had a part of me being involved in this tournament.”

“I got a bit nervous there but fortunately I wasn’t as nervous as big GG (Mathers). What people can see on the outside, there is a lot more going on the inside, I can promise you that. I’ve got a lot to deal with at the moment and it’s not just been as straight forward as what everyone thinks but just happy to win the game,”