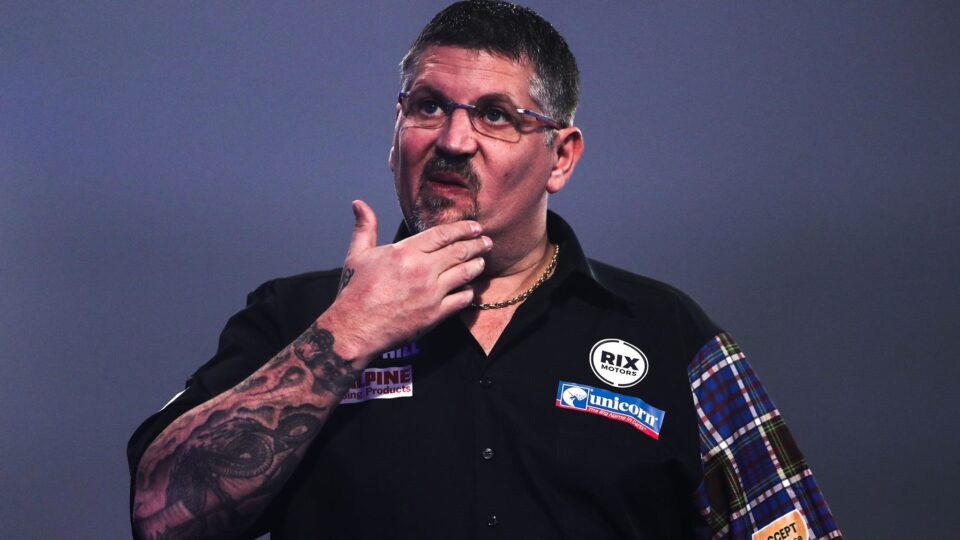 Gary Anderson the truth about why he missed the Grand Slam

Anderson has explained why he chose to miss his favourite tournament, calling it a “kick up the backside.”

The two-time world champion was notably absent from the qualifying event for the recent Grand Slam of Darts, raising further concerns about his future in the sport after a disappointing two years. Anderson has openly admitted that his love of darts has waned since the pandemic forced him to spend an unusual amount of time at home rather than in hotels.

However, his decision not to compete in the Grand Slam, where he is a former finalist, was his way of punishing himself for devoting more time to darts.

“I’ve got a strange way of thinking and it’s the way I’ve always done it,”

“I wasn’t good enough or I’m not good enough. I’ve always played that Grand Slam [by] winning a major or [finishing] runner-up in a major. I’ve done nout so I don’t deserve to play in my favourite tournament.

“That’s how I see things. If that’s wrong to other people, sorry about that. But, in my head, that’s the way I look at things and I didn’t deserve it, it’s my own fault.”

“I never watched one dart. Actually, I did, I was in Currys and Alan Soutar was playing. But I’m not going to sicken myself by doing it,” he added.

“That’s in my head, I’ve not been good enough over the last two years to actually play in it. I wasn’t in the qualifiers because I didn’t deserve it.”

“I hope it will work because you know how much I love the Grand Slam and to miss it through my own stupidity and probably laziness over the last few years, it’s my own fault,”