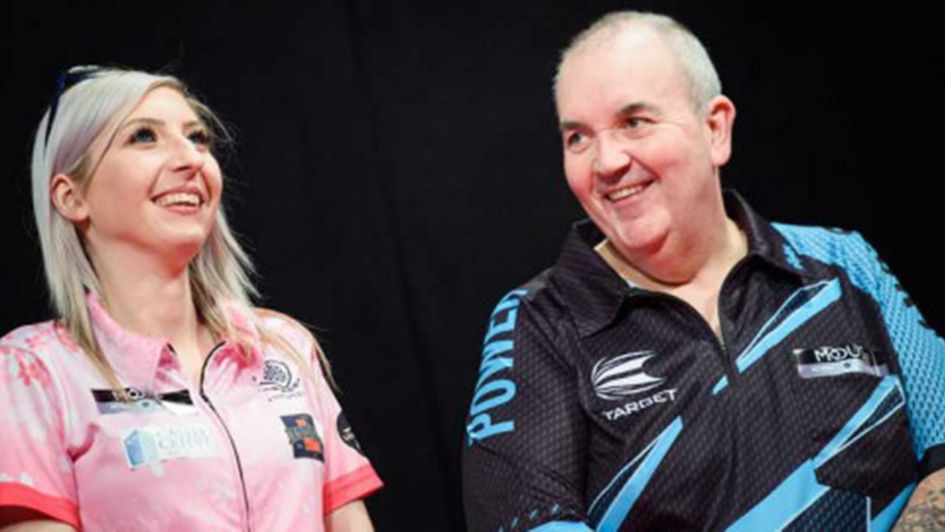 Taylor, the 16-time World Champion, knows more than most what it’s like to be preparing for the  PDC World Darts Championship, and speaking at a recent MODUS exhibition, he shared his thoughts on one of the hot topics heading into the Alexandra Palace showpiece.

Fallon Sherrock was the final entry into the tournament when late in the day, the PDC allocated the 96th spot to the winner of the Women’s World Matchplay. The subsequent criticism in some sections of the darting world has led to most players, pundits, and commentators being questioned about it, and Taylor was no exception at a recent MODUS exhibition in Oldham, and he agrees with the decision.

“I agree with it. I like Fallon playing in the World Championship to be honest with you, she’s good for the game. She’ll sell tickets, she creates a lot of interest and she’s very good for the ladies game,”

“If there was a player that was going to lose a place, I would’ve felt sorry for him but apparently there isn’t so I’m chuffed. The pressure is on her now that’s the problem, now Fallon’s under pressure and she can take the pressure.”

Going forward we will see three women competing at Ally Pally every year. This year Lisa Ashton topped the order of merit, and Beau Greaves took second place after her remarkable running winning 8 Women’s Series events on the spin. Sherrock took third place for 2023 winning as she lifted the inaugural Women’s World Matchplay in July.