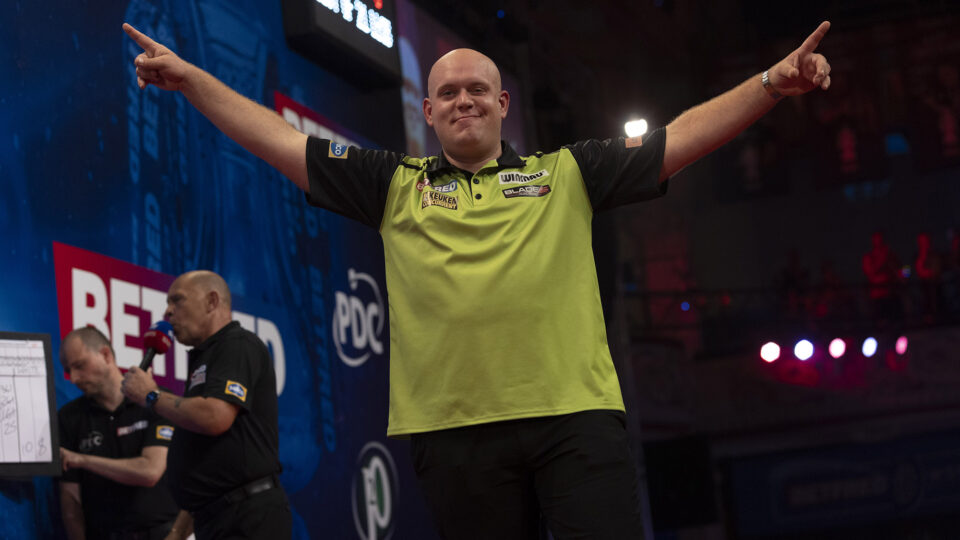 Day 2 of the Hungarian Darts Trophy as the seeds enter the completion. The victors from Friday will meet one of the top 16 seeds from the ProTour Order of Merit (as of June 28) on Saturday, in what promises to be another exciting double session.

The afternoon’s action kicks off with a mouth-watering match between World Grand Prix finalist Dirk van Duijvenbode and past Challenge Tour event winner Keane Barry – the 19-year-old Irish wonder having a fantastic start to his PDC career.

Rob Cross was elevated to the seeded positions as a result of Danny Noppert’s late withdrawal, but he has a challenging opener against recent ProTour event winner Ross Smith, who had the highest average of the First Round (100.2) in a 6-0 thrashing of Péter Strbik.

Michael van Gerwen begins his quest for his first PDC title of the year with a match against Daryl Gurney, a two-time major winner.

Van Gerwen has dominated the European Tour over the years, winning 32 titles, 26 more than his nearest competitor Peter Wright, but he faces a challenging opener against a fired-up ‘Superchin,’ who defeated MVG’s closest buddy Vincent van der Voort on Friday with an average of 99.5.

Peter Wright takes on German newcomer Florian Hempel, who qualified through European Qualifying School earlier this year, in the first round of his campaign for a seventh Euro Tour title.

Gerwyn Price, the world number one and World Champion, takes on Richard Veenstra, a previous Lakeside semi-finalist who knocked out Keegan Brown in Round One.

All the action is streamed live across the weekend click here to find out how to watch.