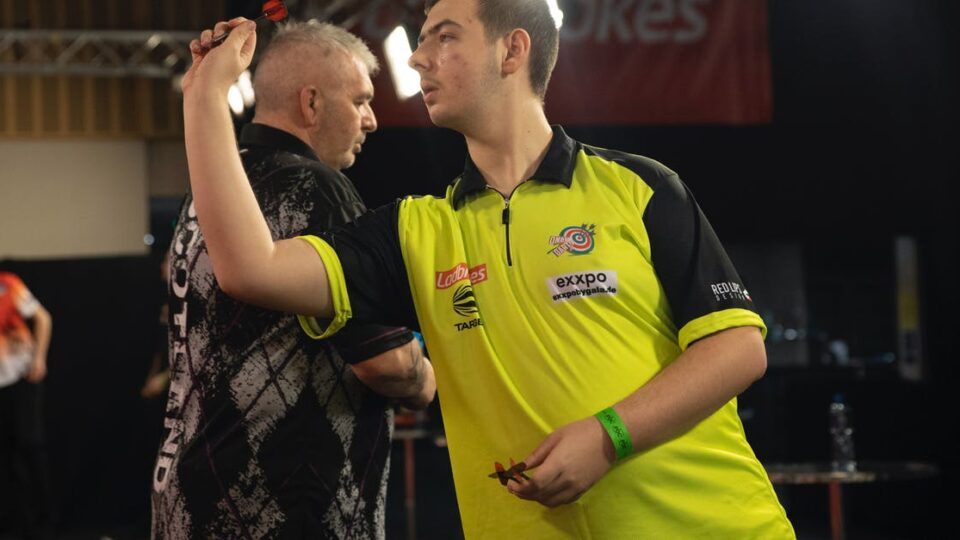 The PDC Challenge Tour continued today for the second and final weekend of events at Milton Keynes and Niedernhausen.

There is so much to play for this weekend, with the winner of the Order of Merit from the UK & Europe getting a PDC Tour Card for 2022/23 and a place in the 2022 William Hill PDC World Championship.

We have one more day of action, with two more events being completed at each venue tomorrow.

Reece Robinson hit a 160 checkout and survived 5 match darts in his final against American Danny Lauby. The road to victory included wins against Shane Price (5-1), Richie Burnett (5-1) and Cameron Menzies (5-2) in the semis.

But perhaps the highlight of Event 9 was Lorraine Winstanley’s 5-2 win over her husband in the first round.

Noster and Bialecki victorious in Germany

European PDC Challenge Tour Event 9 was won by the German Steven Noster. He had a tournament average of over 90 in an impressive day that ended with a 5-2 win over yesterday’s runner-up Jimmy Hendriks. His route saw him beat Sebastian Steyer (5-1), Kristiaan de Boer (5-1), Kevin Blomme (5-4) and Brian Raman (5-3) in the semis.

Sebiastian Bialecki lit up the UK Open with his 9 darter earlier this year and now he is in the winner’s circle. He checked out 70 after surviving a match dart from runner up Kevin Doets. The young Pole beat Luc Peters (5-3), Lukas Wenig (5-4) and Thibault Tricole (5-4) to reach the final.