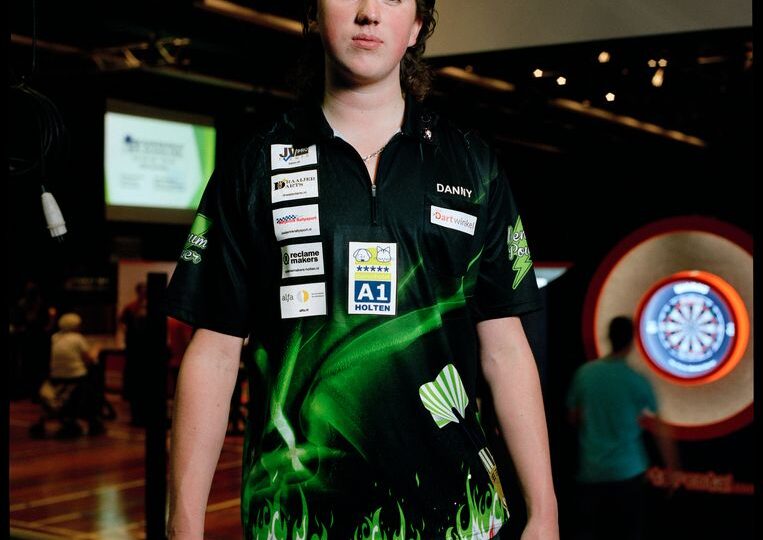 Danny Jansen, who only become a professional three months ago, won his first PDC ranking title at Players Championship Nine in Barnsley on Friday.

Jansen defeated Andrew Gilding 8-6 in the final after defeating Peter Wright, Dave Chisnall, and Krzysztof Ratajski earlier in the tournament.

The 19-year-old Dutchman, who only started playing in 2016, wins the £10,000 top prize in only his ninth Players Championship event since receiving his maiden PDC Tour Card in January.

I’m feeling so good, this is unbelievable,” said Jansen.

“It’s crazy, I thought I would be able to win games on the tour but to win a title so early is more than I expected.

“I love to play here in the PDC with the big names in darts, and now I feel I belong among them.

“My target this year is to qualify for the World Championship.”

Jansen began his day with victories against Radek Szaganski and William O’Connor, followed by a 6-5 victory over world number one Wright to advance to the final 16.

He then defeated Chris Dobey and Chisnall in the quarter-finals and semi-finals, respectively, after winning another deciding leg against Ratajski.

Meanwhile, Gilding’s outstanding form in 2022 helped him reach his first ProTour final since 2014, with victory in the semi-finals over Rob Cross, Jose de Sousa, and UK Open champion Danny Noppert.

In his opening round loss to Mike De Decker, Simon Whitlock struck the 14th nine-darter in PDC events this year.

What a moment that is for 19-year-old Danny Jansen who, in just his ninth PDC ranking event, WINS a ranking title!

He defeats Andrew Gilding 8-6 in the final to claim the title and swoop the £12,000 prize money! pic.twitter.com/xn1uaun7Hp