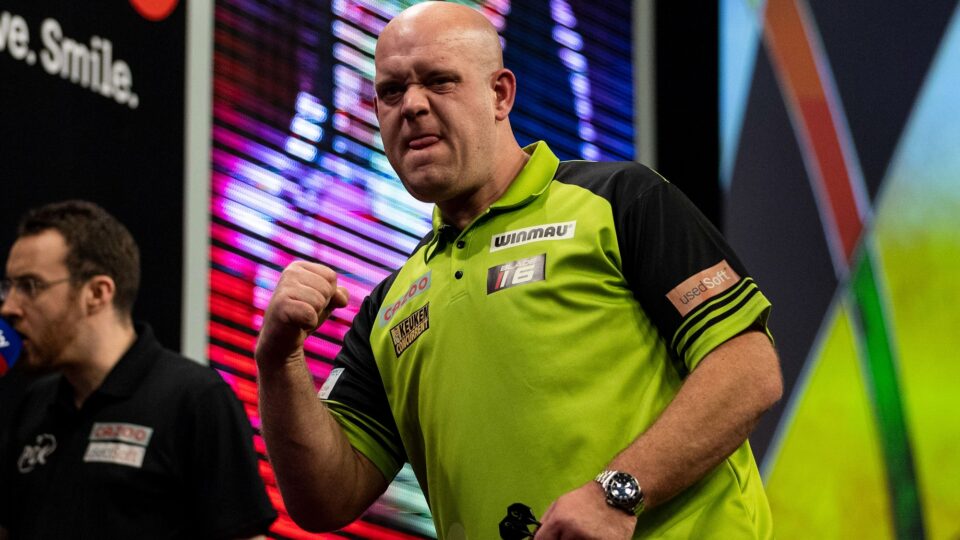 Michael van Gerwen defeated Peter Wright 8-4 in the Players Championship final in Barnsley on Saturday, claiming his second win in a week.

Van Gerwen had won in Niedernhausen the previous Sunday, and he added another £12,000 title to his collection at Players Championship 10 with some tenacious performances.

In the semi-finals against Jose de Sousa, the Dutchman reeled off four consecutive legs, and in the final, he bettered that with a spectacular comeback from 4-0 down against world number one Wright.

In round two, he was down 5-3 against Ryan Meikle before rallying to win 6-5 after surviving two missed match darts, and he went on to overcome Brett Clayton, Madars Razma, Brendan Dolan, and Adrian Lewis on his way to the title on Saturday.

“I know Peter, and when he’s throwing relaxed he’s a phenomenal player and we all know that, but when you put him under pressure and you get your chances, you have to take them.

“That’s what I did. I think I can do more but this was enough.

“In the final and the semi-final I had to wake up a few times! You want to make it a little bit easier for yourself but to win is the most important thing.

“You have to survive game by game – there are so many good darts players here on the tour and you have to beat them all. It’s not easy, but I managed to do it today.

“This is a third title of this year – I’ve won more tournaments already than I did all last year altogether, so that’s a good thing.”