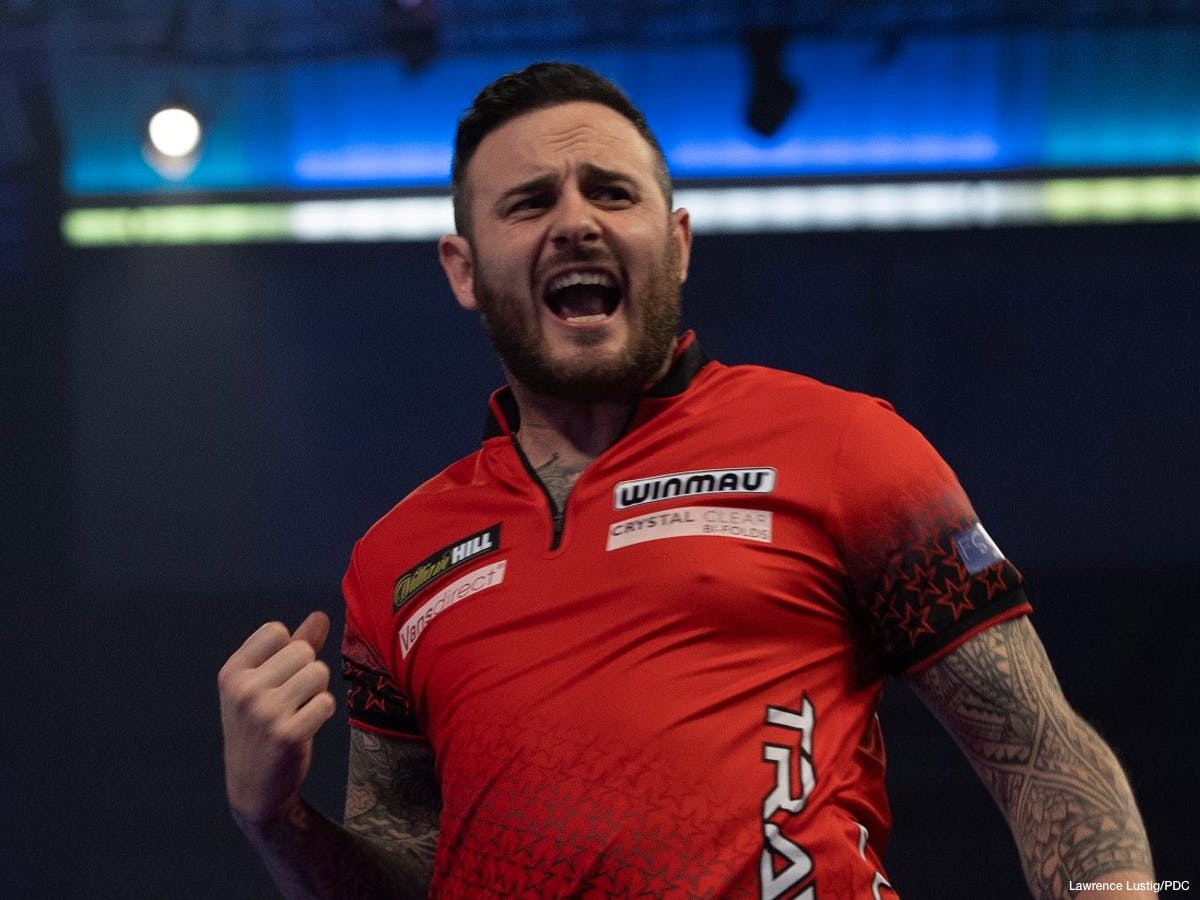 Following his round one victory over Stephen Bunting, Joe Cullen, who was beaten by van Gerwen in a classic at the World Darts Championship, says the Green Machine is still the one to catch.

Lessons to be learnt

Despite the magical start to the match, when he was 4-1 up at the break, averaging 115 and then getting over the line. Looking back at his win over Stephen Bunting, Joe knows he has to improve if he’s going to progress in the tournament.

“I need to learn from the second half, I tried to maybe defend the lead which can never be a good tactic.”

When quizzed on Price’s preparations and the additional media work that goes with his new status as World Champion and the man at the top of the sport, whilst Cullen was quick to speak of Price’s quality, there was still more than a hint of confidence in his own ability.

“He’s a class player regardless whether he’s put the work in or not, but we’ll see how he responds to pressure.”

What was already a mouthwatering matchup, certainly has a little extra intrigue in the wake of Cullen’s comments.

Listen to the interview with Joe Cullen in full below.  Subscribe to our YouTube channel to keep up to date with all the coverage throughout the 2021 Ladbrokes Masters and beyond.