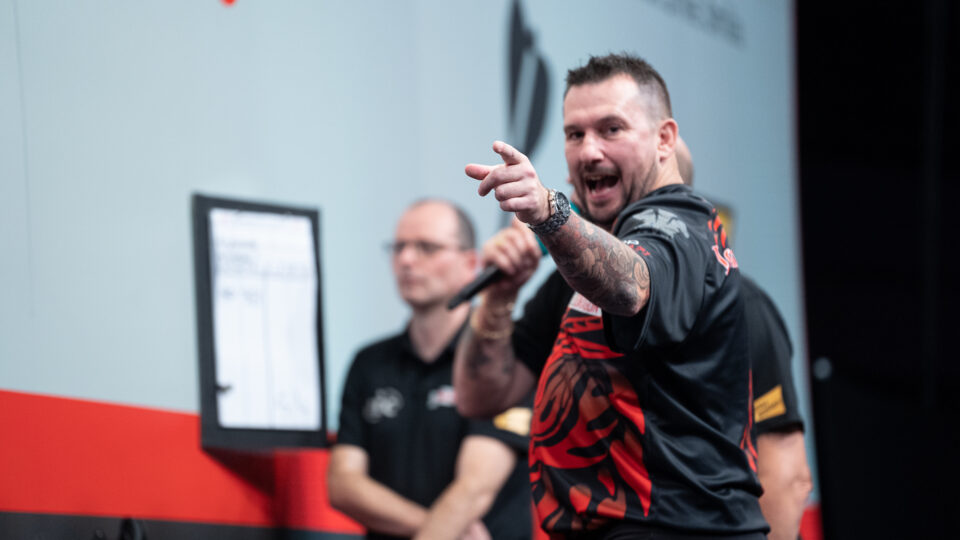 Jonny Clayton looking to get back to winning ways “ I need a in the arse. It’s easier to be the underdog I don’t care what anyone says”

2021 Jonny Clayton had the years of his career winning four TV titles, so far in 2022, the Ferret is still searching for his first Premier TV Event. The Welshman did win one of the World Series events back in August.

With the seeds tumbling on Friday night Clayton is now one of the favourites for the PDC European Championship. But by his own admission, he has needed a kick up the arse, as he has gone from the hunter to the hunted.

“It didn’t help those difficult doubles, I’ve got to be honest. But listen I think I was quite comfortable there, missed a few doubles to win it but I done the job in the end. It was difficult against that crowd. One minute they’re all behind you and then they’re all against you, it’s hard,”

“Nobody goes out to lose, we’re there to win and do our job. I see them fall and I think keep going, it’s a chance.

“We’re all chasing titles. I need a kick in the arse. Hopefully this weekend I’ll do something. It’s easier to be the underdog I don’t care what anyone says.”

Clayton is back in action tonight in Dortmund where he will face Dave Chisnall, who is also on a red-hot streak of form right now.