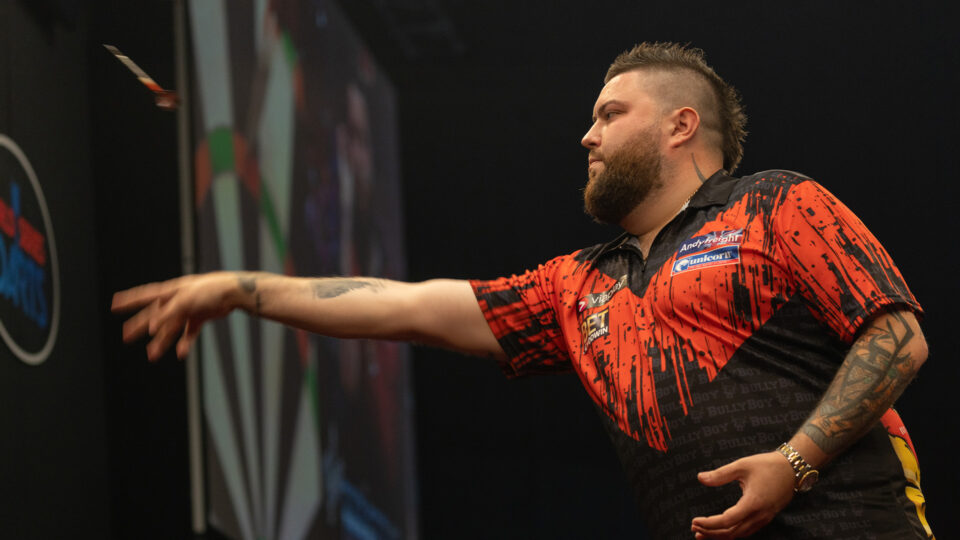 Michael Smith defends Fallon Sherrock after the online criticism following the US Darts Masters of her performance and inclusion in the World Series. “She’s not here being rubbish, she’s here playing well and she’s competing.”

Smith battled back to defeat Fallon Sherrock and advance to the semi-finals of the Nordic Darts Masters, where he hopes to win back-to-back World Series of Darts titles.

Bullyboy said he expected to be chastised for another lost final tweet at the US Darts Masters, but that immediately shifted to people berating him for the tournament not being a major.

“Fair play to her, I hope she continues. Worst thing is some of the boys who aren’t here are saying she shouldn’t be here and if I weren’t here, I’d be saying the same but she generates a lot of money. She’s probably generating more than Michael and Peter for the PDC.

“As well as for the boys back home and their future. In 3-4 years time, we might be having a tour in US and Canada. She’s generating that because people want to speak to her, they want her there. She probably realises it as well but she’s going to make us boys a lot of money in the future.”

“I said to the wife after the US (Darts) Masters how many people had a tweet written out saying lost another final and I finally won it. Quick delete then it’s not a major is it and that tournament last week you can ask all eight players and they will say that’s the tournament they wanted to win,”

“Fallon brings the big sponsors, all the views, she brings everything. She’s not here being rubbish, she’s here playing well and she’s competing.”