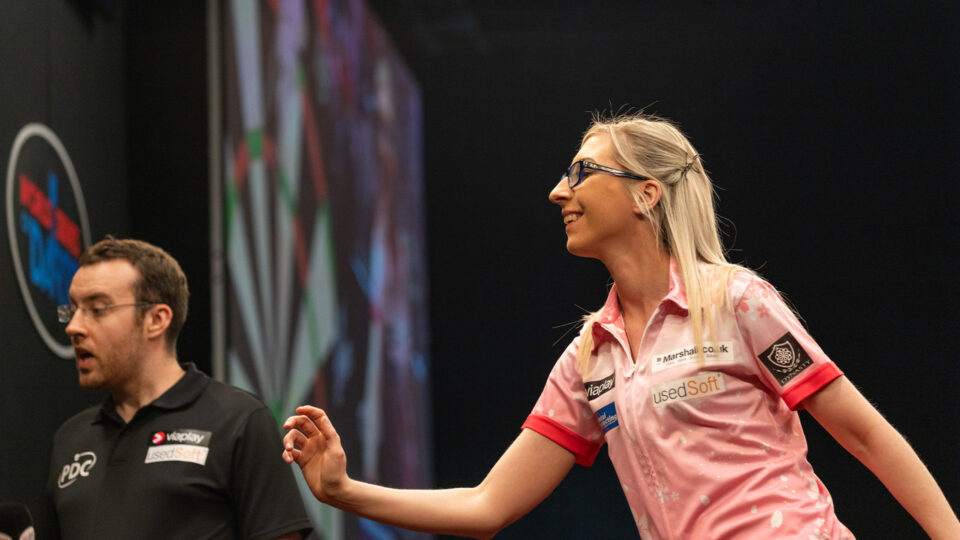 Fallon Sherrock “  I mean it hurt quite a lot because I’ve never played that bad.”

Ahead of her first-round game at the Nordic Darts Masters Fallon Sherrock admitted she was still hurting and thinking about her performance in New York the previous week. All the hype around Sherrock headlining Madison Square Garden at the New York Darts Masters turned sour after a crushing defeat to Leanord Gates.

Sherrock tells in Copenhagen how her perpetrated wasn’t as it should have been last week, and that showed in her performance.

“I definitely want to put it right this week. I mean it hurt quite a lot because I’ve never played that bad. I don’t even think on TV I’ve played that bad, I feel embarrassed playing like that and disappointed in myself.”

“I think I have a lucky spell in Copenhagen. I just love being here,”

“At the start of the game I was still thinking about last week and I was like I need to try and play better but as he kept missing, I kept taking. I think when it got to 3, 4-0 I was like just relax and play and then obviously that’s when his game come out.”

“My preparation wasn’t how it should have been and this week I’ve kind of put it right so hoping for this win under my belt I can boost my confidence and go into tomorrow the better player.”

Sherrock seemed back to herself at the Nordic Darst Masters as she defeated Darius Labanauskas in the opening round of the tournament. In her second-round tie, Sherrock lost out to arguably the most in-form player on the planet right now in Michael Smith. Sherrock pushed Smith the whole game, even outscoring Bullyboy in spells of the contest.

Sherrock will return to the PDC World Series in Amsterdam after the World Cup of Darts for the Amsterdam Masters.