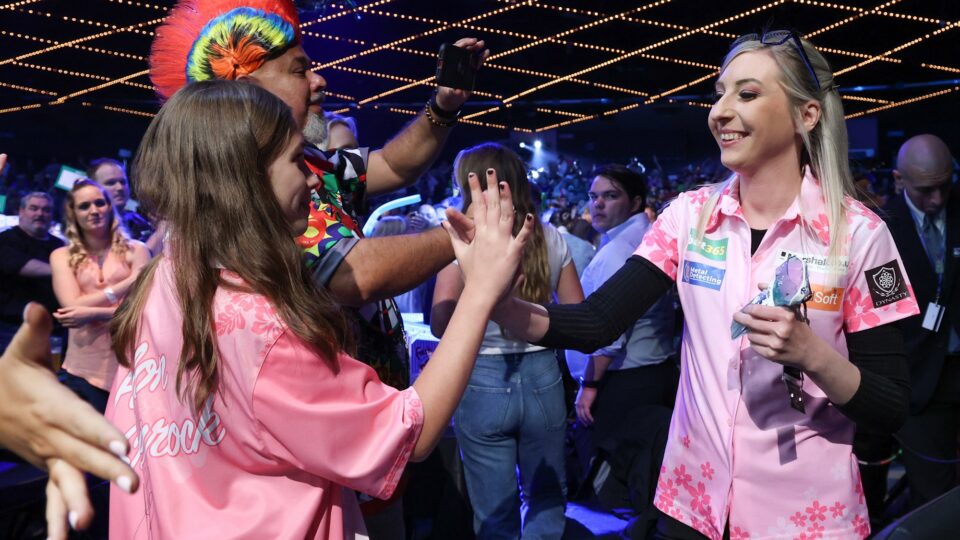 Fallon Sherrock “I don’t ask for it, I’m given the opportunity, I’m taking it, as anyone else would do”

When darts launches what it believes will be a fresh love affair with the United States this weekend, Fallon Sherrock will be on the field.

The Queen of the Palace is one of the PDC’s ambassadors in New York for the US Masters, the first tournament of the World Series of Darts, which takes place at the historic Madison Square Garden arena. Sherrock, one of the most well-known faces in the sport, has been chosen to compete alongside Peter Wright, Gerwyn Price, Michael van Gerwen, and James Wade, as the PDC stars take on the greatest players from North America.

However, some fans believe that Sherrock does not deserve to be in such illustrious company because she does not hold a PDC tour card, and they routinely criticise the Milton Keynes thrower and her rise in the sport. The 27-year-old, on the other hand, has a straightforward approach to dealing with the vitriol directed towards her.

“With the headstrong thing, it’s because of the social media and stuff,”

“I don’t ask for it, I’m given the opportunity, I’m taking it, as anyone else would do. No-one’s going to turn down a World Series because they’ve won a couple of games on the stage.

“It is annoying when people do that but I just don’t listen to them anyway because the thing is, if the shoe was on the other foot, people would take it, they wouldn’t say no to it.”