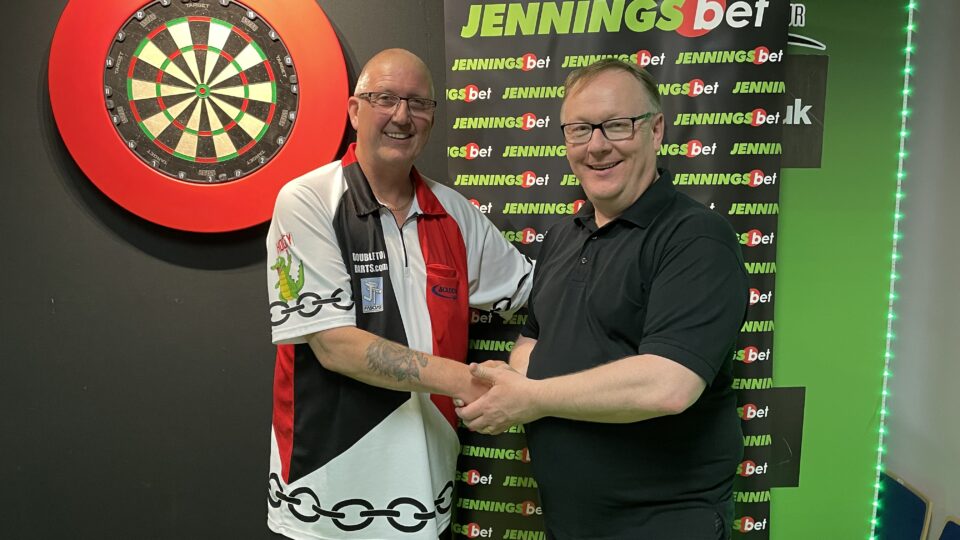 Paul Hogan and Colin McGarry secured the final two spots for the World Seniors Matchplay on the last day of qualifying in Reading.

Two spots were up for grabs going into the final qualifier on day three, one via the outright winner on the day and the other via the order of merit. McGarry lead the field going into the final day of action at the top of the order of merit and his nearest challenger Richie Howson, a man who has proven to be a massive danger to many of the legends in recent seniors events, was hunting him down. McGarry and Howson both navigated their way through the first two rounds and they looked as if they were on a collision course to claim the outright qualification spot. However, the Essex man was defeated by Jim Walker in the last 16, despite averaging over 90 to leave the door ajar for the McGarry. The Northern Irish man won his last 16 game against Welshman Richard Eirig to secure his place in the Seniors Matchplay by finishing top of the order of merit.

In the race for the final winners position on day three, there were some big names in the hunt for the title. Jim McEwan, Dave Prins and Alan Norris were just some of the many names battling it out for the last winners spot for the right to face Four-time ladies World Champion Lisa Ashton in Hull. Paul Hogan the man known as ‘Crocodile Dundee’ couldn’t have got off to a better start by defeating Tom Riding, averaging a stunning 105 in the process. Hogan then defeated former Lakeside veteran Gary Robson in the next round, before taking out Andy Jenkins to reach the Quarter-Finals. Hogan then defeated Richie Howson’s conqueror Jim Walker to reach the last four, along with Dave Prins who qualified for both the WDF and World Seniors World Championships this year.

However, it was Hogan who prevailed in the Semi-Final clash to take on Martyn Turner in the final. Both men have performed brilliantly in the qualifiers in recent months and the stage was set for a highly anticipated showdown for the final spot in Hull next month. Turner took the first leg but Hogan turned up the heat and won the next five legs to put himself on the brink of qualification. Turner won leg seven but Hogan saw off the man from York with an eighteen dart leg to win 6-2. Hogan joins Brian Dawson and Colin McGarry as the qualifiers who will toe the oche for the inaugural World Seniors Matchplay in Hull in July.