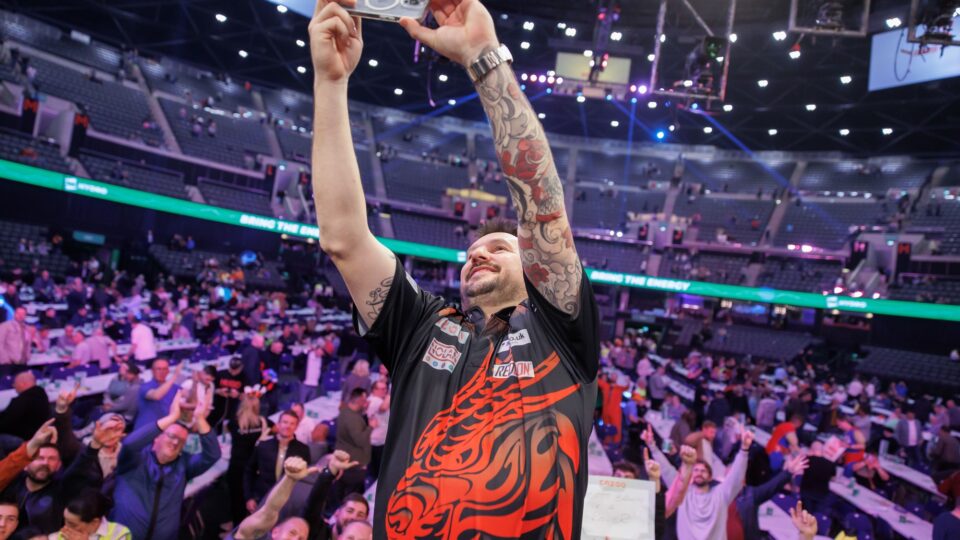 Following 16 nights of Premier League action across the UK and Europe, the top four in this year’s League will be competing for £275,000.

Jonny Clayton will be looking to make it back-to-back Premier League successes, while Joe Cullen is the only remaining player without a Premier League title.

The Ferret is BoyleSports favourite going into tonight’s action and it’s hard to dispute that after the fantastic form the Welshman has been in over the past 18 months.

Jonny Clayton won four on the nightly events and was in the final in half of the events, which alone is a fantastic achievement. By doing so he became only the fourth player in history to top the table at the end of the league phase.

Jonny Clayton has had a few weeks to prepare for Berlin after becoming the first player to secure his place in the last four. It’s a different story for his opponent, with Joe Cullen only securing his place in Newcastle just over two weeks ago.

On debut season it’s a fantastic achievement for Rockstar to make the last four, but now he is here the focus will be on lifting the silverware.

MVG Hoping to make it Six

Three years since Michael van Gerwen won a Premier League title, which doesn’t sound too long unless you are The Green Machine.

His win in 2019 made it four on the bounce and Van Gerwen looked unstoppable in this competition. However, since it’s moved from the 02, Michael hasn’t even made a final and he will be looking to correct it tonight in Berlin.

Michael van Gerwen will be having surgery on Tuesday on the injured wrist, the pain will be eased if he can get the win over James Wade and then either Clayton/Cullen to make it a dream six.

James Wade knows what it takes to beat Michael and we saw that just a couple of days ago when The Machine demolished MvG in Copenhagen. James also has Premier League pedigree however his one and only Premier League title was back in 2009.