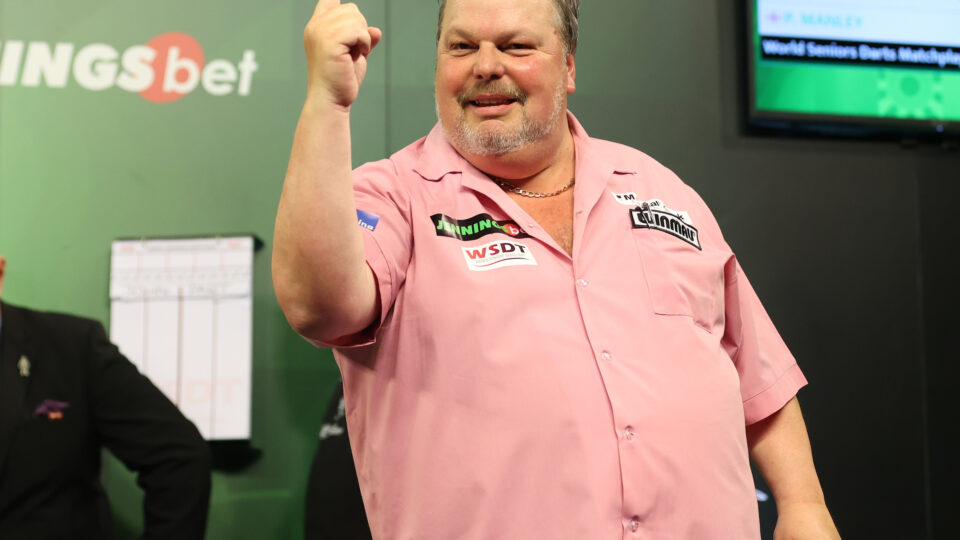 Peter Manley “Taylor wants to hit you round the head with a shovel. I don’t think he could lift it now”

When Peter Manley and Phil Taylor square off in the World Seniors Matchplay, the two darts legends will rekindle their rivalry.

Manley defeated former world champion John Part 11-10 on Saturday to advance to the quarterfinals, while Taylor began his campaign at Hull’s Bonus Arena on Friday with an 8-4 victory against Deta Hedman.

At the turn of the century, Taylor and Manley were fierce rivals. Although The Power typically prevailed, Manley, a player known for his mind tricks, definitely managed to get under Taylor’s skin. The two get along well these days, but when they square off in the competition’s final eight, their friendship will be thrown to the side.

“I took One Dart to win it, the bottle is still there. I don’t work at it now, I’m 60 now. Like Phil said your hip goes, your eyes go. I don’t play six hours a day like I used to, I hate the game I just play it to beat the missus so I don’t have to wash up.”

“We didn’t want to raise the standard too much obviously,”

“John and I go back a long time, he’s a great player. It was always going to be a respectful game, we didn’t play anymore near where we can. You can’t afford to do it but you can get away with it at the Seniors.”